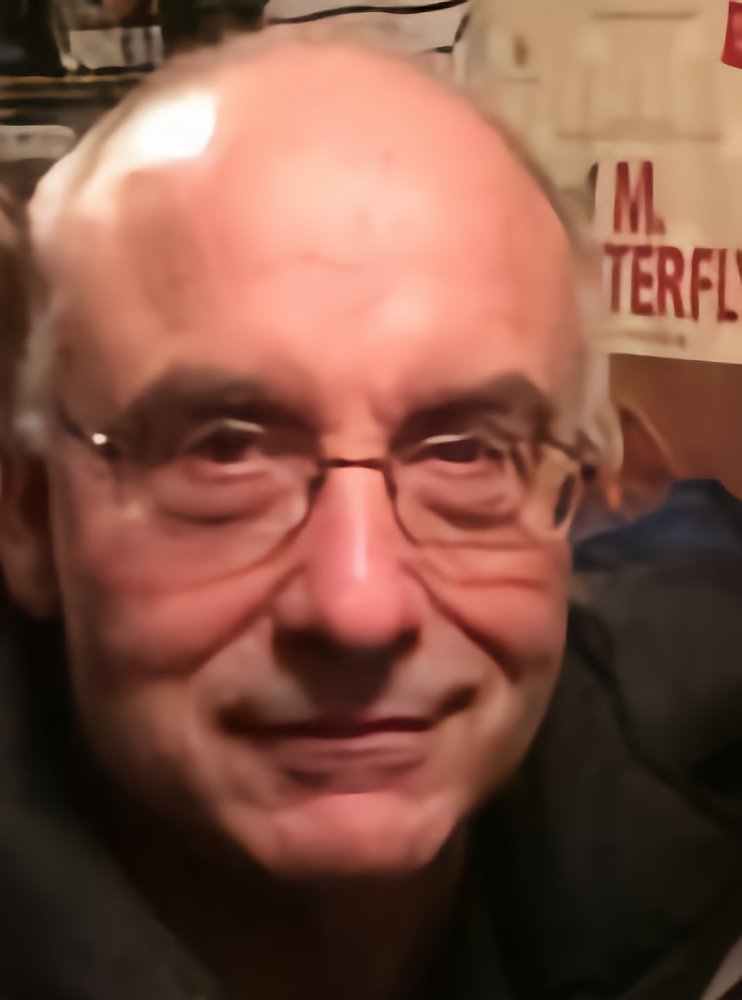 Plant a tree in memory of JOHN

An environmentally friendly option
Plant a Tree
Print
Loading...
M
Mickey & Judy Murphy posted a condolence
Georgia and family: our deepest condolences on your brother’s passing. Judy and I both worked many years with John at Rainbow Stage. What a wonderful person John was. He was straight up, told it like it was. A very moral and honest and genuine good person. I was able to work with him at the Theatre centre quite a bit and at other theater events. We were able to golf together, shared many breakfasts, and he helped me with our garden out by Gimli. He even brought me some special Italian tomato seeds. John was present during my first unofficial date with Judy. When I was younger, my father would take me to visit the Tomiuks on Annabella to get plants from the greenhouse. When John went to the coast to get certified for golf course maintenance, he phoned me one day, he was lonely, and we must have talked for 2 hours. He had joined Toast Masters, but something was missing. Upon returning to WPG, I asked him why, and he said he missed the sunshine of Manitoba. I’m sure the sun will be shining brightly on him now in heaven.
Please wait
Share Comment
J
John Still posted a condolence
A great friend, my trips to The Peg will be missing something that I have always looked forward to. Rest in Peace my dear Friend. John Still
Please wait
Share Comment
B
Betty Yascheshyn posted a condolence
Aw Georgia, I'm so very sad on John's passing. He always gave me an update after his annual visits West to see family & friends. He was so thoughtful to touch base with those he cared about. Yes, his Christmas card were pieces of art! And about the pie(s)! In our last phone conversation at the end of April, I reminded him that you only have a piece (or two) in a sitting and save the rest for another day. I laughed when he replied that he "didn't realize" he ate the whole Key Lime pie. When we got together for "lunch dates" he always made sure to have pie after the meal. What a guy! I miss him already, but I'm sure he's catching up with all who left before him, including Chopper (Donnie). John, Phil, dad Bill & Chopper met 1970 thru the theatre & the summers were spent at the garden centre. Your Annabella home was a pretty special place in Wpg. John presented himself as a colourful guy & he didn't even realize it. He was Godfather to our son Zach who respected John & enjoyed his company with lively conversations. No more diets, or pain or decisions to make. I'll see you on the other side. My heartfelt condolences Georgia. Your brother was a diamond in the rough and will be lovingly missed.
Please wait
Share Comment
B
Barny Haines uploaded photo(s) 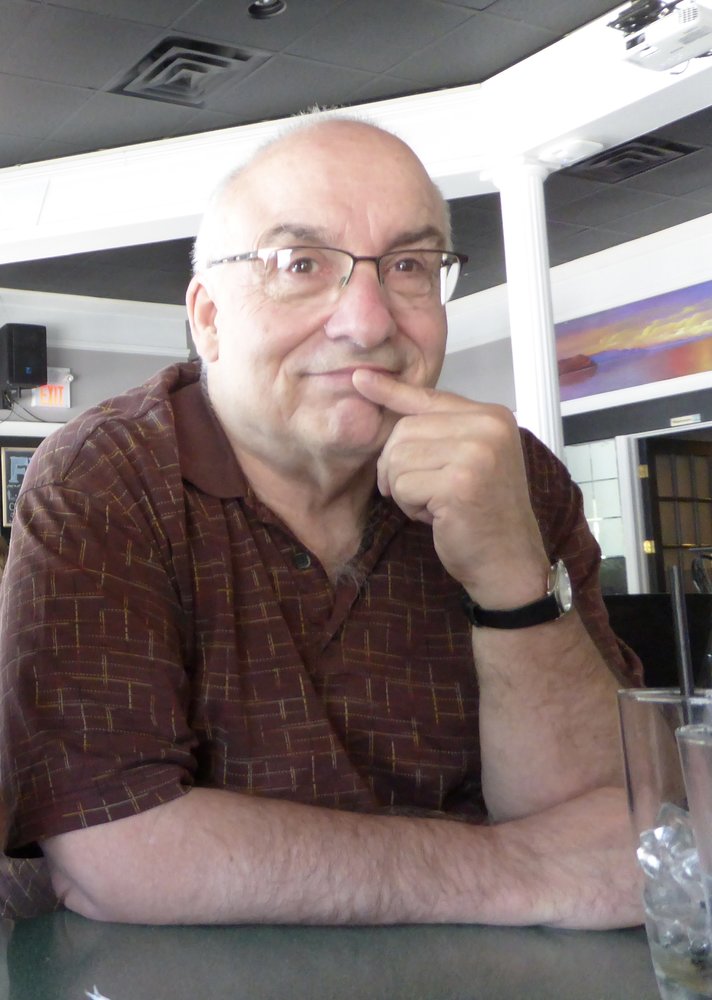 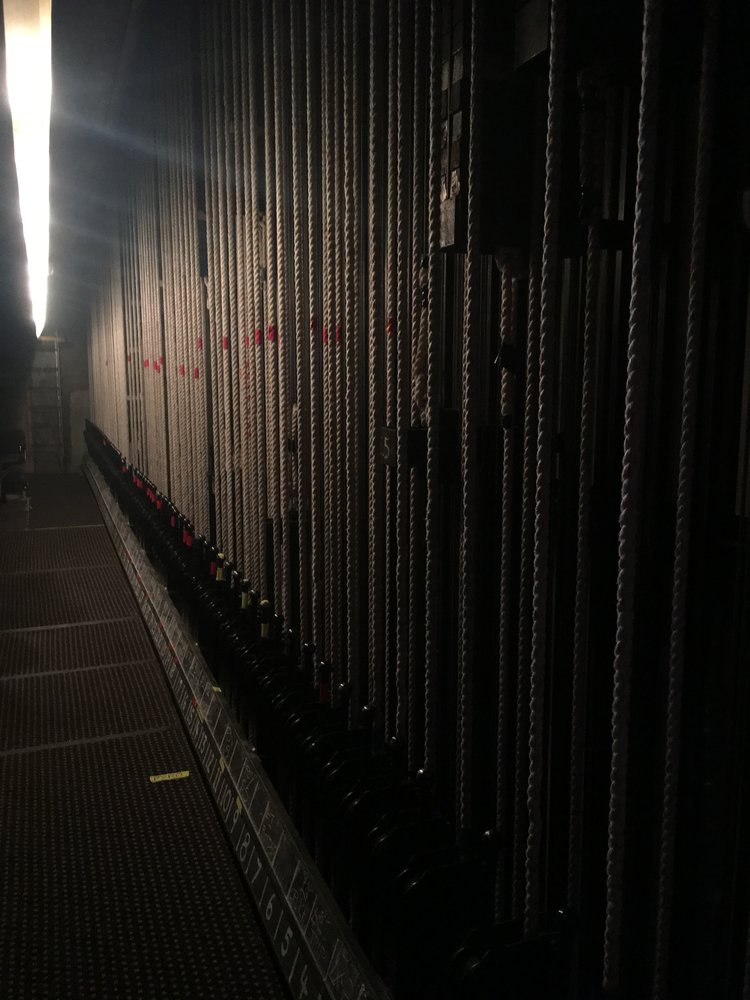 The Fly Floor will be a bit emptier now.
Please wait
Share Comment
C
Charles E. Porter posted a condolence
Because of John I laughed an little harder, cried a little less and SMILED a lot more! The Hawk and I met at Rainbow Stage the summer of '69 (sorry Bryan Adams but its true). We worked numerous shows together at Rainbow, the Manitoba Theatre Centre before it was Royal, numerous rock shows and we toured an industrial show across Canada. John was a mainstay in organizing the IATSE Convention which was held in Winnipeg in 1982 - a four year commitment. He was active in organizing Winnipeg's IATSE Local 63's Centennial Celebration in 1999. I will always remember his dedication to his craft, integrity and honesty! I would have trusted John with my life! Say hi to Phil, Les, Gordie, Kelly and the rest with a special hello to Uncle Don. Georgia you are a special person in my heart - thanks for taking care of my brother.
Please wait
Share Comment
M
Mark McSwain posted a condolence
A very fine fellow and a true friend
Please wait
Share Comment
B
Bruce and Kathie Kinisky posted a condolence
Cousin John, we will forever hold a special place in our hearts for you. We loved your annual visits to Edmonton and phone calls during all the holidays. You took such care to send the most beautiful Christmas cards. You were so dedicated to your IATSE union for so many years. We loved to hear your stories about all the productions you worked on. You left us too early and we did not want you to suffer. We know you are having a coffee right now with so many who passed before you. I will remember our last conversation together - you were inspiring....positive and take each day as it comes. Georgia - we are so grateful to you for looking after John after his first episode. May you be blessed with many lovely memories of a great man and a great brother.
Please wait
Share Comment
J
John Bent Jr. posted a condolence
John “The Hawk” Tomiuk became the full time House Stagehand at MTC in 1999, my second year as head of audio. He was an old school stagehand who took stagecraft very seriously, and came across as a gruff old guy who swore a LOT and was angry most of the time. But those of us who knew him well, knew that he had a kind soul, and was an amazing flyman, and an even better spotlight operator. He also liked pie. There was one time in the crew-room when he said “Hey, Dave” (he had problems remembering names, even though at this point I had worked with him full time for over 10 years, AND I have the same first name as he did). Hawk: “Hey Dave…. Or Stu… whatever your name is…” Me: “Yeah, Hawk?” Hawk: “I woke up this morning, and there was no pie left from the night before. I bought a pie on the way home after the show last night, and I had a piece as soon as I got home…. It was good…. So I had another piece. Before I knew it, I had eaten the whole pie. So there was none this morning.” Another stagehand: “Well, I guess next time, you need to save a piece for the morning”. Hawk: “What? No no no, that’s stupid (he didn’t say stupid) you dummy (he didn’t say dummy). Tonight I’ll get two pies.” Stagehand: “Why not get three….. or four?” Hawk: “No… I’m getting old. I can’t eat four pies anymore.” John Tomiuk passed away this morning from complications due to Covid-19. I have a lot of fond memories of our time working together for 16 years…. Including two summers as my Fringe partner (for those in the know, let that sink in for a moment). Rest in peace J.T., I hope there’s lots of pie where ever you are, and say hi to Les. I’m sure the two of you are trying to improve the rigging for the clouds, and showing a pair of norge to the stars.
Please wait
Share Comment
C
Charles Crossin posted a condolence
I worked with John over many years at rainbow stage and the manitoba opera. He was truly a class act! Charles Crossin
Please wait
Share Comment
T
The family of JOHN JEFFREY TOMIUK uploaded a photo

Share Your Memory of
JOHN
Upload Your Memory View All Memories
Be the first to upload a memory!
Share A Memory
Plant a Tree