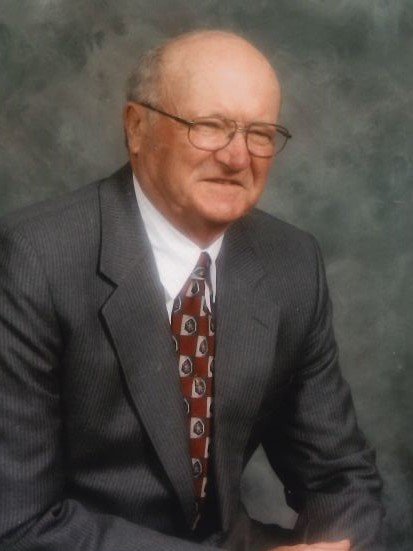 Peacefully on May 29, 2021 and with his beloved wife Katie by his side, Tony passed away into the waiting arms of His Saviour.

Tony was born on December 8, 1929 in Budapest, Hungary.  In March 1952, Tony came to Canada.  He became a faithful and lifelong member of St. Anthony (Hungarian) Church and it was there that Tony met the love of his life, Katie. They married on October 9, 1954 and were very happily married for over 66 years.

Tony was a founding and life member of St. Stephens Hungarian Cultural Society.  He was a butcher by trade and enjoyed working for Swift’s and many smaller family owned butcher shops.  Tony was an avid reader, especially of historical books, both in English and Hungarian.  If he was sitting in his favourite corner, you would be certain to see a book in his hand.

Over the years Tony and Katie travelled to many exotic places including visiting family in Europe and Brazil and winter getaways to Acapulco, Mazatlán, Hawaii, Bahamas, and Florida.  Summers, since 1968 were always spent at their cottage in Betula Lake.

Tony was predeceased by many family members in Europe and in Canada, including his brother, Steve.

Tony also has many relatives living in Europe and although they were separated by miles, they were always close in his heart.  Especially dear to him was his cousin Miklos, his nephew Thomas and their families.

Uncle Tony will be lovingly remembered by his nieces and their children with whom he shared his love of nature, family and playing canasta at his favourite place in the world, Betula Lake.  Uncle Tony was a favourite hiking, fishing, mushroom and blueberry picking partner to all of us.  He always gave freely of his time, love and laughter.

A private service will be held at a later date.

Share Your Memory of
ANTON
Upload Your Memory View All Memories
Be the first to upload a memory!
Share A Memory
Plant a Tree