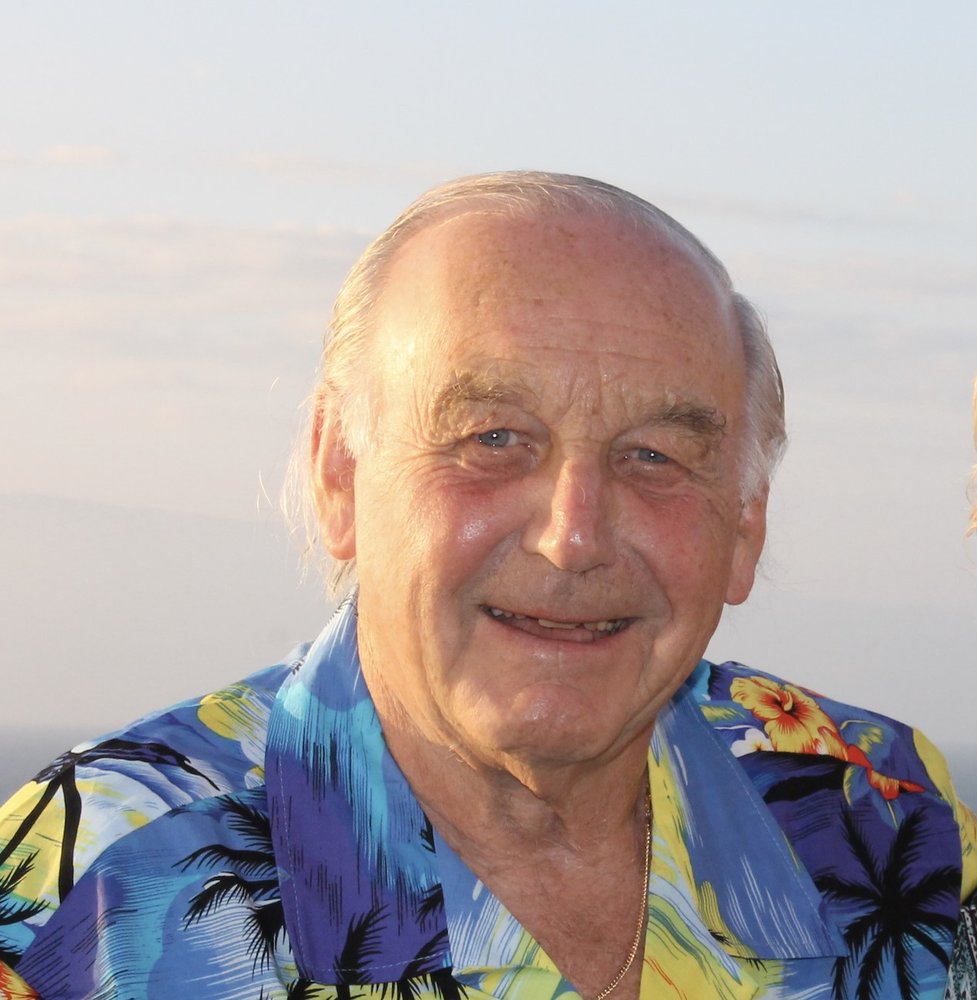 With sadness, the family of Peter Marriott announce his peaceful passing on May 26, 2021, but it is with great joy they share with you a life well lived.

Peter was born in Sheffield, England on March 9, 1935 as a precious and only child to Herbert and Hilda Marriott. As a young man, involved in the youth group at a local church, Peter became smitten with his lifelong sweetheart Arline. They married September 20, 1958 and spent the next 63 years together.

In 1965 with their 3 eldest children Peter and Arline took a chance and moved to Winnipeg, Canada. It was here that they were blessed with an additional 2 children and made many family memories including a cottage in Gimli and trips Clear Lake and made countless dear friends over the years.

Peter was a successful Chartered Accountant and spent a fulfilling career at Coopers and Lybrand before moving on to become CFO of Inter-City Gas. Retiring early at the age of 55, he and Arline enjoyed many years of travel as snowbirds in Florida and trips to Hawaii. They ultimately moved to Kelowna in 2001 where they made countless memories and friends, then moved back to Winnipeg in 2019 for family support.

Peter had many passions that he enjoyed independently and shared with Arline. Golf, swimming, gardening, tennis, and bridge were just a few of their many activities. As a family many competitive games of mini-golf were played, but if you asked Peter this was not mini-golf, but “putting practice” – and the score must be kept properly.

Peter loved his family and spent many wonderful vacations including a celebration in Kelowna in 2008 for Peter and Arline’s 50th anniversary and a family cruise to Alaska in 2018.

The family will reflect and smile when remembering Peter’s intense opinions (dinner time conversation!), the seriousness/competitiveness of every game, the importance of watching golf tournaments in the afternoon and never missing teatime.

The family extend sincerest thanks to the staff at River East Personal Care home, who cared for Peter in his last year. While Covid-19 did not make the last year easy, he was well cared for and comfortable.

A memorial service will be held a later date. In lieu of flowers, play a game of golf or mini golf in Peter’s memory.

Share Your Memory of
PETER
Upload Your Memory View All Memories
Be the first to upload a memory!
Share A Memory
Plant a Tree