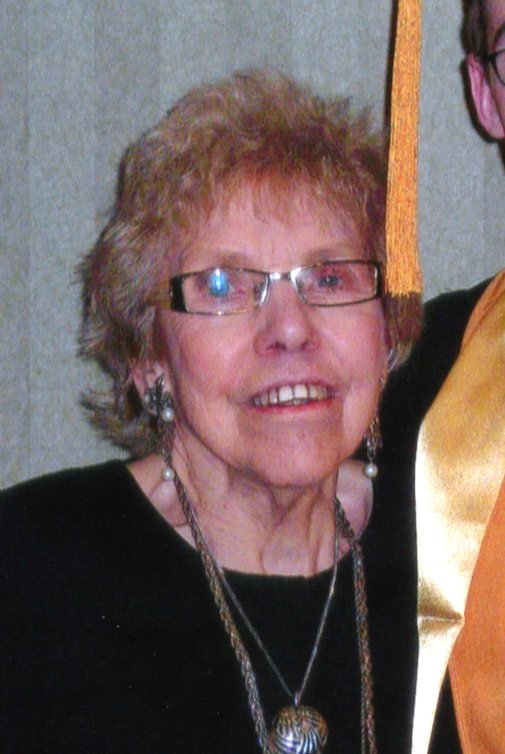 It is with great sadness we announce the passing of our beloved mother Dorthea Betty Cooke (Nicholas) peacefully on May 19, 2021 at the age of 86 years.

She was predeceased by her beloved husband of 51 years Walter Cooke in 2009.

She leaves to mourn her three children Susan Howell (John), Jim Cooke, Sandra Kasprick (Peter) as well son in law David Howell (Jodi). She will be greatly missed by her grandchildren Becky, Stephanie, Will, Perry, Brad, Kyle, and Ryan as well her 10 great grandchildren.

Dorthea was born in Winnipeg April 23, 1935. After finishing high school she became a registered nurse specializing in pediatrics. On December 14, 1957 she married her sweetheart Walter.  She continued to work at the Childrens Hospital until October of 1962 when her second child was born. She spent most of her free time volunteering in her community. Her most devoted activity was volunteering at the Montrose school library for over 30 years.

One of her true joys was spending time with her family. She adored her grandchildren and great grandchildren. In her later years after Walter retired, she and Walter were fortunate to travel. They went on numerous cruises experiencing many amazing things and creating wonderful memories for her to cherish.

Sadly 3 years ago dementia crept into her life and eventually she moved into the Convalescent home of Winnipeg. We would like to thank the amazing staff at the home for their love, care, and compassion they truly made her final days a peaceful transition into Gods arms.

As per Moms wishes she has been cremated and due to the current restrictions, a memorial service will be held at a later date.

In lieu of flowers donations can be made in her name to the Fire Fighters burn fund, the Winnipeg Humane society, or the Convalescent Home of Winnipeg.

Share Your Memory of
DORTHEA BETTY
Upload Your Memory View All Memories
Be the first to upload a memory!
Share A Memory
Send Flowers