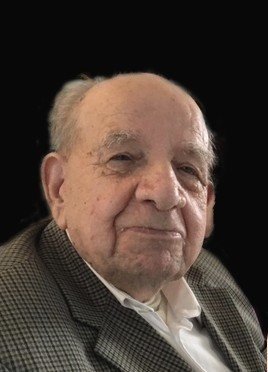 Mykola passed away peacefully at the age of 96 years in Toronto, Canada.

He was preceded in death by his parents, Mykola and Maria, his brother Hrenyo, and sisters Anna and Kasha.

Mykola was born in Poruby, Ukranine. He was a forced laborer in Germany during World War II.  He subsequently moved to England and then immigrated to Canada.  He raised his family in Winnipeg, Manitoba and worked at Swift Canada for 25 years, followed by the Winnipeg School Board. He moved to Toronto, Canada in 2008, where he and Janina have been members of St. Demetrius Ukrainian Catholic Church.  He and Janina shared a “great time” in Toronto.

Mykola was laid to rest at All Saints Cemetery in West St. Paul, Manitoba on April 23, 2021 at a private family burial ceremony.

For those wishing to make donations, in lieu of sending flowers, a gift may be given to St. Demetrius Ukrainian Catholic Church, 135 La Rose Avenue, Toronto, Canada.

Share Your Memory of
MYKOLA (MIKE)
Upload Your Memory View All Memories
Be the first to upload a memory!
Share A Memory
Send Flowers