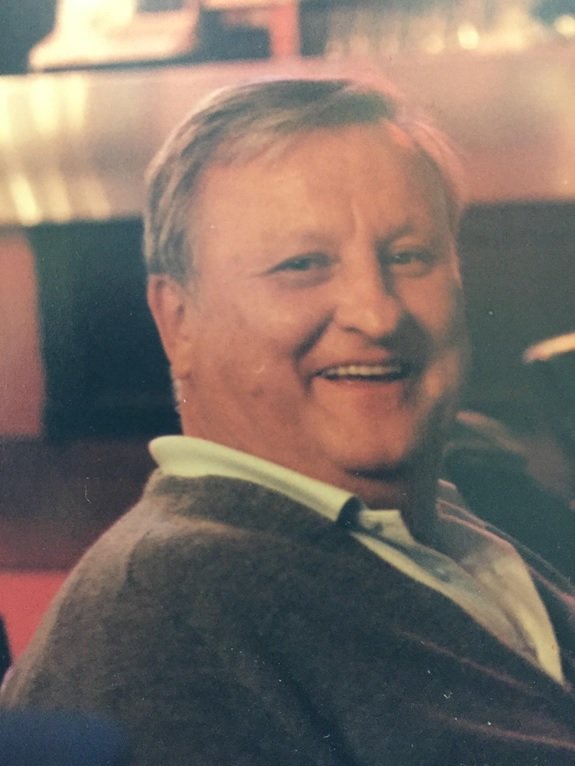 With his endearing son William by his side, John Antoniuk was peacefully embraced by God, on April 10, 2021.

John Antoniuk was born on August 20, 1933 in East Saint Paul MB to parents George and Justyna Antoniuk. His childhood was spent on the farm, and later in his adolescent years his family moved to Winnipeg. It was through his love of sports that led him to competitive football and basketball at St. Paul’s High School, and later years of coaching the Westend (Norquay) Rams where he displayed leadership and forged solid friendships.

He began his career by apprenticing with his Uncle Peter at the Dufferin Hotel, and later partnered with family members to own and operate many of the hotels that interspersed up and down Main Street and beyond. Of all John’s businesses, his favourite and biggest joy came from operating The Nicolett Inn in St. Boniface. His infectious personality coupled with his love of sports made The Nicolett Inn a memorable place where everybody felt like family. Sports leaders from far and wide would approach John for sponsorships of their various teams and leagues. He was the founder of notable groups including The Northern Curling Club, The Nicolett Curling Club, The Nicolett Fastball League, The Nicolett Shuffleboard League, The Nicolett Fishing Club, The Nicolett Golf Club, as well sponsored a dog sledding team, car racing team, hockey teams and countless other teams throughout his half century career. It was however his Nicolett Inn Men’s Senior League Basketball Team that received national attention when they won the Canadian Champions in 1979, 1980 and 1982. This alone put Winnipeg on the map internationally for being a basketball force to be reckoned with. The Nicolett Inn Basketball team returned their thanks and went on to name a racehorse Johnny Nicolett in John’s honour.

John spent over 60 years in the hotel business, and was an active board member of the Hotel Association during the 1970’s. He was well respected and known by everyone in the industry.

In 1962 John met and married his true love, Alice Sianchuk, from Dauphin MB. It was love at first sight and they spent 54 years together until she passed in 2016. Their whole marriage was filled with love, fun, friendship, and many beautiful holidays together all over the world. John was blessed with deep rooted love throughout his entire marriage.

John Antoniuk was a natural leader who not only saw himself as a people person, but he was most comfortable when lighting up a room and building the excitement with every joke that he told and every statement that he made. He loved revving up the people around him. He thrived on joy, happiness, and fun and these were the core values that made John, John.

John’s last audible words during a semi virtual meeting with his children earlier this week were “ I love my whole family” and “I want a hamburger.”

The family would like to express their sincere appreciation to all the staff at Holy Family Home. Especially the challenging times during Covid-19, we were comforted in knowing he was cared for with respect and dignity. You all made his days at Holy Family comfortable and happy. Thank you and God Bless!

In lieu of flowers, donations in honour of John Antoniuk can be made at Holy Family Home c/o Lubov SSMI Foundation.

In accordance to tradition, a private Christian burial will be held, officiated by Father John Sianchuk.

Share Your Memory of
JOHN
Upload Your Memory View All Memories
Be the first to upload a memory!
Share A Memory
Send Flowers