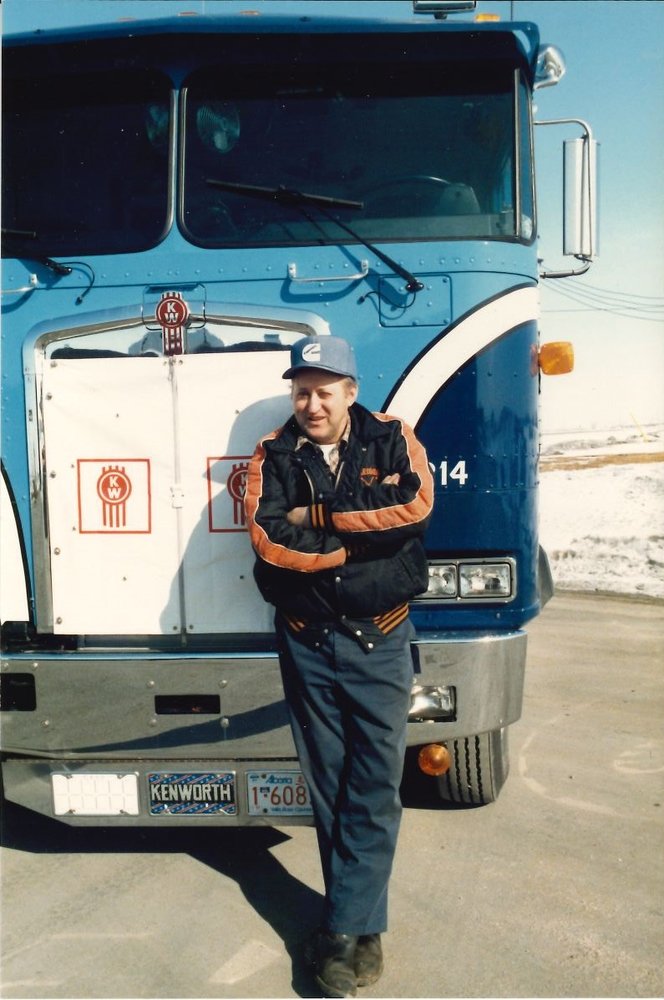 It is with great sadness we announce the passing of our Husband, Dad, Brother, Grampa and Great-Grampa, Walt Bachart, after a short but courageous battle with cancer, at the age of 88.

He will be greatly missed by his wife, Yvonne (nee DeBlaere), daughter Janis and sons Darrell (Jody) and Rob, brothers Richard (Marguerite) and Gus (Madelene), Grandchildren, Melissa, Jason, Tyler and Murray, Sophia and Kristjan, Great-Grandchildren, Katana, Ridyn, Nieces, Nephews and the many, many close friends he touched throughout his lifetime. Walter was predeceased by his parents Michael and Helena and step-sister Veronica.

Walt spent most of his life doing what he enjoyed the most, which was being an owner-operator, trucking the country, until his retirement in 1996. Walt spent a lot of time gathering with friends at Door 17, which he ran and looked after for many years after trucking, tinkering on small engines and always available to lend a hand or give advice.

The family would like to express their sincere gratitude to the team of Doctors and Nurses, on the second floor of the Concordia Hospital, who provided care and compassion to our Dad.

A family memorial will be held at a later date.

In lieu of flowers, please make a donation to a Charity of your Choice.

Share Your Memory of
WALTER
Upload Your Memory View All Memories
Be the first to upload a memory!
Share A Memory
Send Flowers