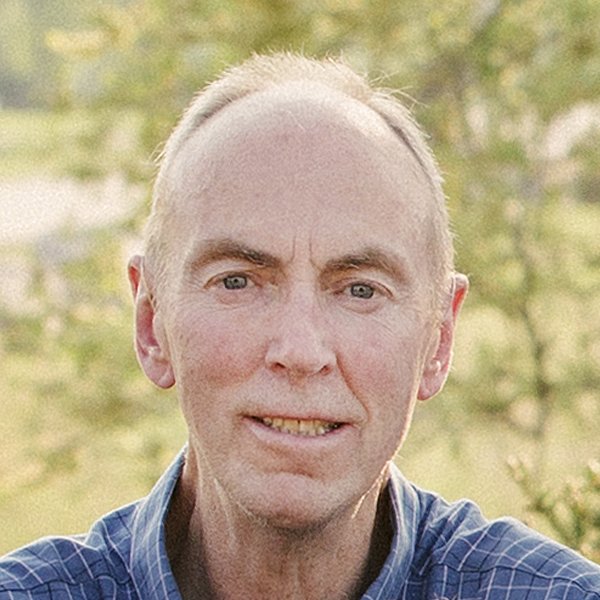 On the evening of Sunday, February 7th our loving husband, father and Poobah, William ‘Bill’ Isaac, aged 67, was called home to be with the Lord.  Bill was with his wife and children at his passing.  Bill is survived by his best friend and soulmate of 48 years, Darlene, his children Becky (Jon), Billy (Stephanie) and Julie (Brady) and his grandchildren Will, Jack, Aubrey, Poppy and Isla.   He will also be remembered as being an amazing brother to Betty (Bob), Jack (Mel), Linda (Keith) and Lyndon (Lenore) and uncle to numerous nieces and nephews.

Bill loved God and his family with all of his heart. He passed on his love of the outdoors to his family as well as his love of Waterton National Park where he spent many hours hiking and canoeing with them.  He enjoyed watching the Blue Bombers with Billy, cycling with Julie and exchanging gardening tips with Becky.

Bill and Darlene took several cross-country trips together on Bill’s motorcycle, camping and taking photos along the way.  Bill and Dar were rarely apart and were often seen holding hands, taking day trips or just spending time together

The family moved to Winnipeg so Bill could fulfill his lifelong dream of becoming a police officer. He was a member of the Winnipeg Police Service until retirement and while there he was a founding member of WPS Bike Patrol and organized and biked on several cross-country trips to raise money for the Children’s Wish Foundation.   In his later years at the WPS he was a chaplain, and was able to help others and their families in times of sorrow and joy.  After retirement he worked at Grant Memorial Church as the supervisor of the property department where he was respected by those he worked with.

He was his grandchildren’s best friend and favourite playmate.  He would play dolls, have tea parties, read stories, become a pirate and drive remote control boats, trucks and motorcycles with them. He spent many hours going for walks and exploring with them and he loved every single second he got to spend with them.

Bill will be very missed.  He pushed us to be our best, and was always there to support us; he was our biggest cheerleader and our rock.  He lived life with humour and grace and always put others before himself, and we were truly blessed to have had him in our lives.

We would like to thank his physician Dr. Lee Cummings, and the doctors and nurses at HSC Step Down, GH3 and GH5 for their amazing care.

In lieu of flowers we ask that you please send donations to Parkinson Canada.

Share Your Memory of
WILLIAM
Upload Your Memory View All Memories
Be the first to upload a memory!
Share A Memory
Send Flowers