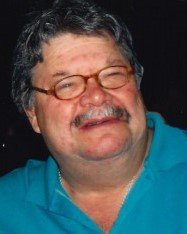 The family sadly announces the unexpected passing of Rick Grunsten on February 1, 2021. He was predeceased by his parents Walter and Molly and his in-laws Walter and Jean Krisko. He leaves to mourn his wife Kathy, daughters Hayley Chartrand (Kevin), Brenna King (Joshua) and Kelly Grunsten (Zachary Medeiros), as well as cherished grandchildren Patrick King, Liam Medeiros and Freyja Chartrand. He also leaves behind his brothers Jack (Janet) and Ron Grunsten, their families and brothers-in-law Len (Lauri), Greg (Colleen) and their families.

Born on March 3, 1951 Rick grew up in Elmwood and spent summers at Winnipeg Beach. He graduated from Tech Voc and worked in the hospitality industry before starting his own business, Winnipeg Value Book.  However, most important to Rick was his family. There were many family trips with the girls, often to Detroit Lakes. Puerto Vallarta was where he and Kathy had their winter timeshare.  Rick always loved a celebration especially his pool parties and the annual Grey Cup party.

He will stay in our hearts forever.Cremation has taken place and a Funeral Mass will be held at Holy Eucharist Church, with interment at a later date.  If so desired a donation may be made to the charity of one’s choice.

Share Your Memory of
RICHARD JAMES
Upload Your Memory View All Memories
Be the first to upload a memory!
Share A Memory
Send Flowers