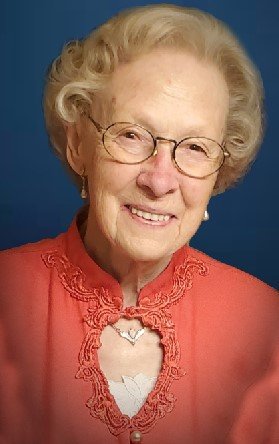 On January 15, 2021, Marta passed away at the Grace Hospital. She is survived by her daughter January (Michael) Luczak and granddaughters Julia and Elise; sister Teresa Wesołowska of Gdansk, Poland; and nieces, nephews, and stepchildren, and their families, in Canada and Poland. She is predeceased by her husband, Edward, and sister, Krystyna Federak of Ostrowiec Świętokrzyski, Poland.

Marta was born in Ostrowiec Świętokrzyski in 1938. She and her two sisters were raised by their mother, Julia, and grandmother, Maria, after their father, Jozef, was killed in WW2. She was very nurturing, and found her calling in nursing. At the age of 15, she attended a boarding school for nursing in Kielce, and at 18 she returned to Ostrowiec as a nurse for the city hospital.

Marta was well-respected for her dedication to her work, and well-liked for her cheerful and friendly demeanour. She was also well-known for her singing and dancing, particularly in a choir and dance ensemble that travelled throughout Poland and other countries of the Communist Bloc.

Marta met the love of her life, Edward, when he was on a trip in Poland, and she immigrated to Winnipeg to be with him in 1971. She worked hard to learn English and achieve her nursing credentials in Canada to continue in the profession that so suited her.

In 1980, Marta and Ed built their house where they remained for the rest of their lives and raised their daughter, January, of whom they were so proud. Marta was the perfect Babcia to her granddaughters, Julia and Elise, always elated to share her time and Polish culture with them.

In her spare time, Marta loved to read and to go for walks. She also enjoyed going out dancing with Ed, which they did nearly every Saturday up to Ed’s very last weekend, for as long as January can remember. Marta looked forward to her meetings with great friends in the Leisure Club of the Holy Ghost Parish, and with her wonderful neighbors on both Lavender and Idlewild Bays, who were especially helpful after she lost her Eddy. She insisted on her independence, handling all of her affairs and living in her own home until she entered the Grace Hospital five weeks before her passing.

Marta was full of energy and kindness. Her petite stature was capable of incredible strength, and her heart had endless love for those closest to her. She will be dearly missed.

Viewing will be held on Thursday, January 21, from 12 p.m. to 5 p.m., for five people at a time, at Cropo Funeral Chapel on Main Street,       204-586-8044. Mass of Christian Burial will be celebrated on Friday, January 22 at 10 a.m. at Holy Ghost Parish, limited to five people, with internment to follow in Holy Ghost Cemetery. The viewing and mass will be streamed.

Cropo Livestream will be available 10 minutes prior to the service start time.

Share Your Memory of
MARTA
Upload Your Memory View All Memories
Be the first to upload a memory!
Share A Memory
Send Flowers