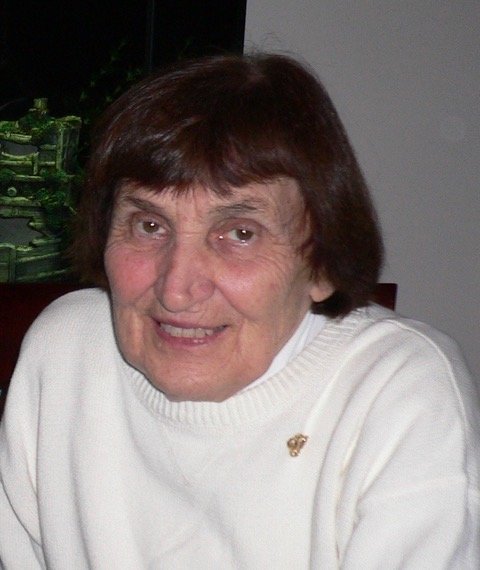 It is with great sadness that we announce the passing of Anna Cecilia Bembenek at the age of 97 at the Holy Family Home in Winnipeg on Sunday, December 27, 2020.

Anna is survived by her older brother Anthony Bambenek and his wife Betsy of Winnipeg, her brother-in-law Henry Jurkowski of Winnipeg, her younger sister Jean also of Winnipeg, and her sister-in-law Jean of Kelowna (Martin); as well as numerous nieces and nephews and all of their offspring.

Anna’s great devotion for her faith, her family, her friends and even those she did not know was, without question, never ending. She was a decades long parishioner of St. John Cantius Church. She also attended mass at St. Mary’s Cathedral quite often with her sister Jean. As well, Anna and Jean prayed the rosary regularly. Anna volunteered for many years at St. Joseph’s Residence with her sister Jean.

After the Bembenek Family moved to Winnipeg in the 1940’s, Anna found work as a file clerk at the Children’s Hospital. She loved children and they were naturally drawn to her. Then for decades, Anna looked after Babcia on Polson Ave…. she did the cooking, cleaning, sewing, gardening, yard work etc. Anna was an enthusiastic bicyclist; riding her blue bike to run errands or to visit family and friends. Anna loved baseball and would fondly reminisce about the Baldur “Bush Rabbits” baseball team while watching the “Blue Jays” on TV. Then there were the many road trips that she made to Grand Beach for the day or often visiting her brother Tony’s farm in Treherne to enjoy country life with his family. A highlight of Anna’s life was when in 1988 she and her sister Jean made a trip to Medjugorje, Yugoslavia to visit a shrine to the Blessed Virgin Mary. Anna also loved to play cards. When the meal was over, the table cleared, and the dishes done… out came the cards. Oh to have just one more game of rummy or cribbage.

Many Thanks to the the Sister Servants of Mary Immaculate at Holy Family Home and the staff of Sacred Heart Unit 2A, especially Magda for her kind patience and compassion.

Due to Covid restrictions a private family Mass of Christian Burial will be held on Tuesday, January 12, 2021at St. John Cantius Church with Interment at Holy Ghost Cemetery.

In lieu of flowers donations may be made to the Children’s Hospital Foundation of Manitoba.

Share Your Memory of
ANNA
Upload Your Memory View All Memories
Be the first to upload a memory!
Share A Memory
Plant a Tree