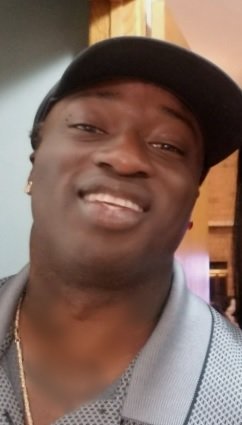 It is with deep regret that we announce the unexpected passing of Kevin O’Neil Edwin King on December 23, 2020 at the age of 35.

Kevin was born at Victoria Hospital in Winnipeg, MB on January 10, 1985. At an early age Kevin loved to perform, dance, and entertain. He was involved with Dumisani Production for black youth created by Horace Patterson Foundation. He also took part in the spelling bee competition where he achieved Second Place. Leading into adulthood, Kevin became part of a rap group that travelled and performed in all areas of the world. His talent in music and joyful aura made Kevin the light of the room. Anyone who has came in contact with Kevin, knew he was approachable as he would give a helping hand to anyone who needed it. His soul was kind and loving which made him memorable to many on their first encounter. He loved being there for his family and friends. He would care so much he would do anything to help family or a friend in need. Kevin was the life of the party. His presence would bring jokes, laughter till your face hurt and an overall good time to any event. His spiritual and free-spirited personality would bring people together as he loved spending time catching up with family and friends. He had a creative side which he would dress up every Christmas as “Black Santa” and attend every home he can think of with gifts. This was his true nature, and this separated Kevin from many. Kevin will truly be missed by every life he had touched.

On Behalf of the family, we would like to thank all the support, prayers, and messages received and Ivan Skok for fundraising the GoFundMe. We genuinely appreciate and value the time, energy as well as every person who donated for Kevin. We thank you all.

The funeral service will be held on Tuesday January 12, 2021 1pm at Cropo Funeral Chapel 1442 Main St., Winnipeg, MB. In lieu of flowers we ask donations to be made to the Horace Patterson Fund, Winnipeg Foundation, 1350-1 Lumber Place, Winnipeg, MB, R3B 0X3.

Share Your Memory of
KEVIN
Upload Your Memory View All Memories
Be the first to upload a memory!
Share A Memory
Plant a Tree