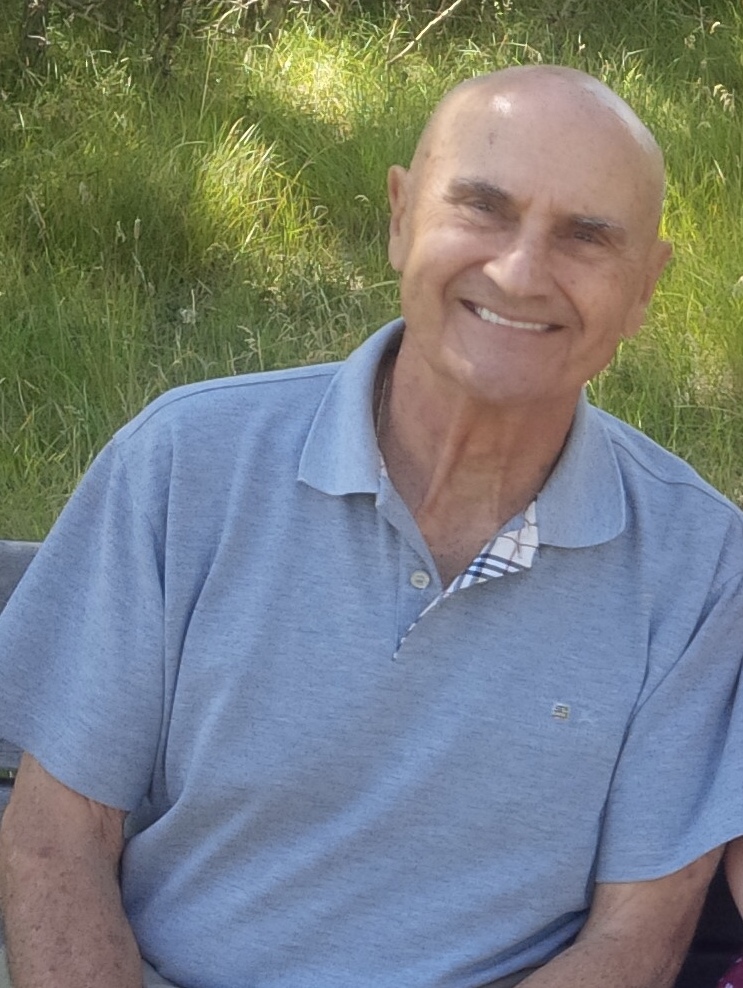 Tom is predeceased by his brothers Walter, Nick and Joe, his sisters Mimi, Pat, and his nephew, Lindsay.

Tom grew up in the North End of Winnipeg. He overcame a difficult life during tough times. Around 1947 his life stabilized when he moved in with his sister Mimi, her husband Ed, and their son, Lindsay, who he remained very close to throughout their lives.

By high school, Tom was an excellent student, very artistic and athletic. He recognized the benefits of sitting close to the front of the class because he “didn’t want to miss a thing.”

He was a survivor and worked tirelessly to create a successful life for himself. In 1951 he met the love of his life, Donna, who he married on October 1, 1955 at Immaculate Conception.

Tom made a life long career in the Canadian Grain industry. He worked at Midland Flour Mills, McCabe Grain and National Grain before establishing the Canadian operations of Toepfer International in 1973.  His efforts resulted in great success for Toepfer with colleagues and partners worldwide.  When Tom retired as President at the age of 58, local newspapers reported that he had a reputation as

a “heck of a trader” and was known on the exchange floor as a “perennial bear”.

Tom and Donna enjoyed a long, healthy retirement together full of adventures with family and friends, both close to home and far away.  Family was everything to Tom, and he and Donna travelled extensively to be a part of weddings, births and other celebrations.

Tom and Donna can be credited with creating loyal Bomber fans worldwide. They were season ticket holders for 50 years and travelled Western Canada to cheer them on.

Tom was an avid sports fan as both a spectator and participant. He loved music, dancing, movies and tending his garden of flowers and vegetables.

The Chapman Family was part of St. Alphonsus parish for over 60 years. Tom found great solace in the church, attending mass on Sundays and going on retreats often.

Tom Chapman was a provider and protector for his family.  Celebrations were a constant in the Chapman home from milestone birthdays to happy hours in the sun room.

We thank the amazing staff at Brightwater for their tender and caring support of Tom and his family.  Also, Sandra Neufeld for providing comfort at such a difficult time and Father Alan Wizinsky of St. Michael Ukrainian Catholic Church.

In lieu of flowers, the family asks that you please consider giving to the Alzheimer Society of Manitoba or The Royal Canadian Legion.

Johann Wolfgang Von Goethe stated that “You can easily judge the character of a man by how he treats those who can do nothing for him”. Tom Chapman was such a man - loving, loyal and generous to the end.

A family service will be held on Friday, January 8 at 1:00 p.m. with interment to follow. For those unable to attend please see Thomas’ obituary at www.cropo.com for the available livestream link below or the LIVE STREAM link tab on the left.

Share Your Memory of
THOMAS
Upload Your Memory View All Memories
Be the first to upload a memory!
Share A Memory
Send Flowers