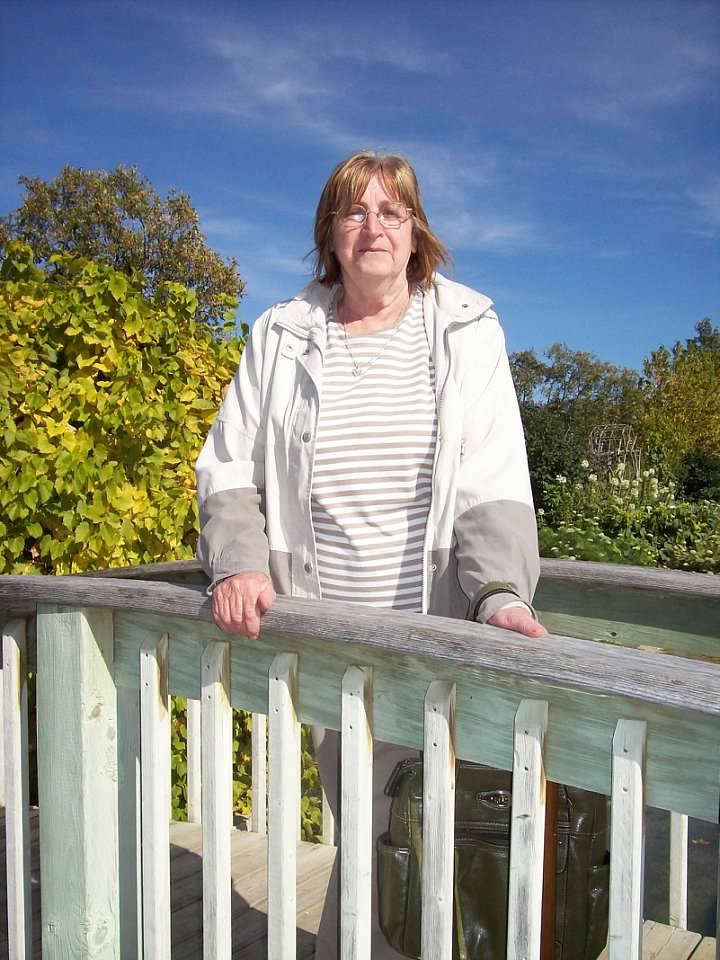 With heavy hearts and great love we must now say farewell to our mother Margaret  who passed away on Tuesday, December 29, 2020 at the age of 83. Margaret was born on September 25, 1937 in Franklin, Manitoba to Peter and Martha Petrynko, and was one of 7 children (Bill, Mike, Helen, Jean, Barbara and Irene).

Mom moved from Franklin to Minnedosa after school. Seeking adventure, she made the move to Winnipeg on her own and took a job at Poly Bags. Shortly after, her sister Irene followed and then soon after Barbara. First they lived with their brother Mike and sister-in-law Ethel followed by a move into their own suite in a house. It was around this time that she was introduced to our father, Roy. Roy would shower our mother with flowers but just not any flowers, they were flowers taken from the flower garden in the neighbours yards. Love took over and they married on October 27, 1962 and resided in North Point Douglas for over 40 years. Together they raised five children and ran a music shop. Not only was she a mother but she also became a part-time DJ back in the day playing recorded music for weddings and socials.

Mom was devoted to the St. Andrews Ukrainian Catholic Church. She was present every Sunday morning until her mobility prevented her from attending. She truly loved attending Christmas Eve mass. We appreciate the prayers and services held for mom over the last several years.

Mom loved Christmas and her favorite memories included when the family was fairly young. She hosted very large gatherings for extended family and friends. She would be up at the crack of dawn, making cabbage rolls fresh from scratch and preparing all the traditional Ukrainian dishes. New Year’s Eve also brought her great joy as well. New Year’s Eve would not be without barbequed pork and especially the fireworks on the street at midnight. Many of her relatives and family friends would be ballroom dancing up a storm in the basement for hours after midnight.

Our mother immensely enjoyed her grandchildren and made continuous special memories with them. Margaret had a great gift of connecting with all kids and children.

Mom was a remarkable woman with a remarkable heart and anyone who needed help, she would help in whatever way she could. She was definitely kind, caring and compassionate to anyone who crossed her path.

We are forever grateful to her sister Irene who has been her constant phone companion for the last 60 odd years…..maybe longer. They talked maybe four to ten times a day. They  only saw each other in person at funerals but least they knew what each other looked like from time to time. Those who knew her well would not dare phone between the hours of 9 and 10 p.m. because that was their last call of the day. Mom also looked forward to Anne Fedun’s weekly calls. On the morning of mom’s passing a card arrived from Anne for the Miracle of Lourdes.

When mom’s health issues limited her ability to get around, her last three years were spent in a North Kildonan apartment with amazing home care services that allowed her to be independent and live on her own. We are very thankful to her home care supports that went above and beyond. They were not just her home care staff, but they became her friends. They would often stay for a water or a treat and visit and some would even pop in the door just to say hello. Mom enjoyed having a large window which allowed her to have the sun shining in most of the day – she absolutely loved the view she had and was constantly watching the dogs in the dog park. The apartment still allowed her to easily get into every nook and cranny with the use of a wheelchair.

For many years and right up until Covid, mom loved her outings from drives to Lockport, No Frills and visiting the cemetery. She was adamant that the gravesites always be kept up. Mom enjoyed her casino outings as well. There were many funny casino stories she would repeat time and time again. Mom enjoyed doing crossword puzzles and word searches. Once her vision declined they became harder for her to do. So, at 81 she decided to get cataract surgery and wow did that improve her ability to see again  - it gave her a new lease on life. Mom knew every game show on TV – The Price is Right, Wheel of Fortune and Jeopardy and Ellen’s Game of Games and if you called during these times she’d have to call you back. In the last year mom and Pat were introduced to Kinsman Jackpot Bingo by Patricia (Pat’s co-worker). Bingo Saturdays with A & W or McDonalds became her favorite day of the week and even more so with not being able to get out due to covid -  she would get so mad if she started off too slow but when she was down to 2 numbers she was sure it was the winner. Although she never did win, it was seeing the excitement on her face that made this activity memorable. Maybe she will be dabbing the bingo cards in heaven.

Mom will be forever remembered by her children Pat (Lyle) Malynyk, Paula (Rob) Stutsky, Penny (Kelvin) Maloney and Peter Price. She will also be remembered by her grandchildren Jessica Malynyk, Victoria and Rebecca Stutsky, Matthew and Kassidy Maloney and Poppy Price. She will be greatly missed by her sisters Irene and Barbara She was predeceased by her parents Peter and Martha Petrynko and her sisters Helen and Jean and her brothers Bill and Mike.

Thank you to Dr. Begum and Gay of Atlantic Medical Centre for all the years of care provided to our mother. Gay, you were a lifesaver on so many occasions and we were always thankful for that. Also a big thank you to Red River Co-op Pharmacy on Main – they handled all of our mom’s calls of “are my pills ready?” with kindness.

Cremation has taken place .In lieu of flowers, please spend time with a loved one.

When someone you love becomes a memory, the memory becomes a treasure.” – Unknown

Share Your Memory of
MARGARET
Upload Your Memory View All Memories
Be the first to upload a memory!
Share A Memory
Plant a Tree