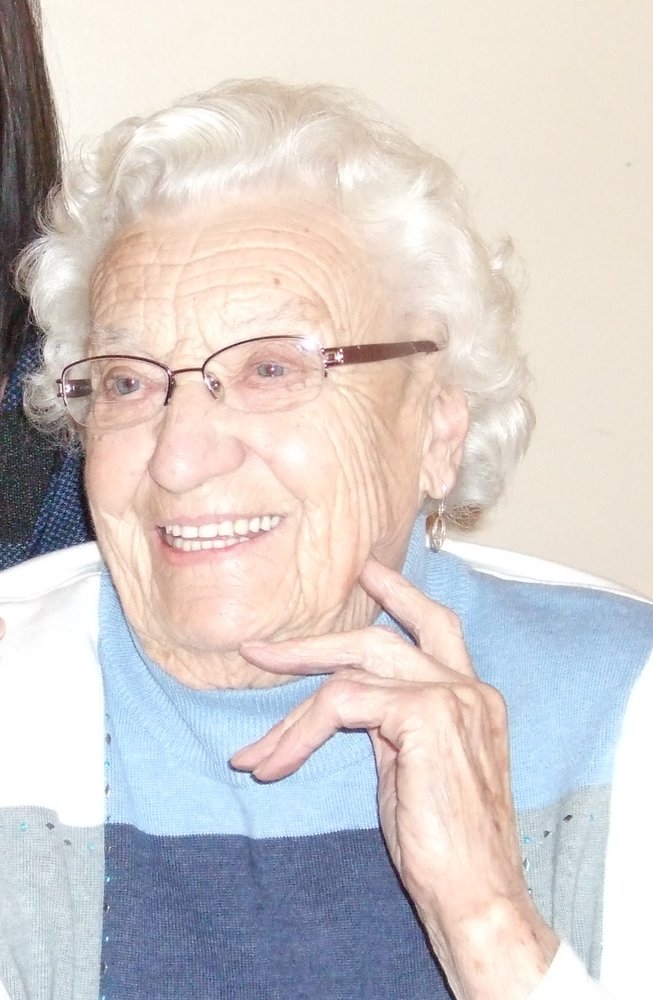 Joan passed away at home with family by her side on December 2, 2020

Joan was born in England March 27, 1927 to Geoffrey & Edna Henry. Joan was the eldest of two children.

At the tender age of 16, Joan met a very handsome military man by the name of Reg, who caught her eye & stole her heart. They were married approx. 2 years later in December 1945.

In August 1946, Joan made the long trek to Canada to join her husband. She arrived in Winnipeg on the train and from there moved to the tiny rural farming community of Decker, MB.

Once the school year was completed, Joan & Reg moved their family to Transcona in the summer of 1959.

Over the years Joan worked various jobs before retiring from Bethania Nursing Home in 1992.

Joan was a Life Member of the Transcona Legion Ladies Auxiliary for 59 years. With that, she served as Sargent-at-arms for the majority of those years.  As well as serving the Ladies Auxiliary, Joan was also a member of the Transcona Legion Branch for 33 years and served on the Executive Committee for 4 years.  She was active in November with poppy sales for Remembrance Day, and served on the sick & visiting committee for several years.

Wednesday evenings she could be found in the Legion Club Room playing darts.

Joan was a fantastic cook and baker; she could whip up a meal with a moment notice and no meal was complete without something sweet to finish.  Christmas time she’d always have a variety of cookies, tarts and slices. If you played your cards right, there’d also be pie or cake!

A service to celebrate Joan's life will be held at a later date.

If friends so desire, donations may be made to a charity of their choice in memory of Joan.

Share Your Memory of
JOAN
Upload Your Memory View All Memories
Be the first to upload a memory!
Share A Memory
Send Flowers