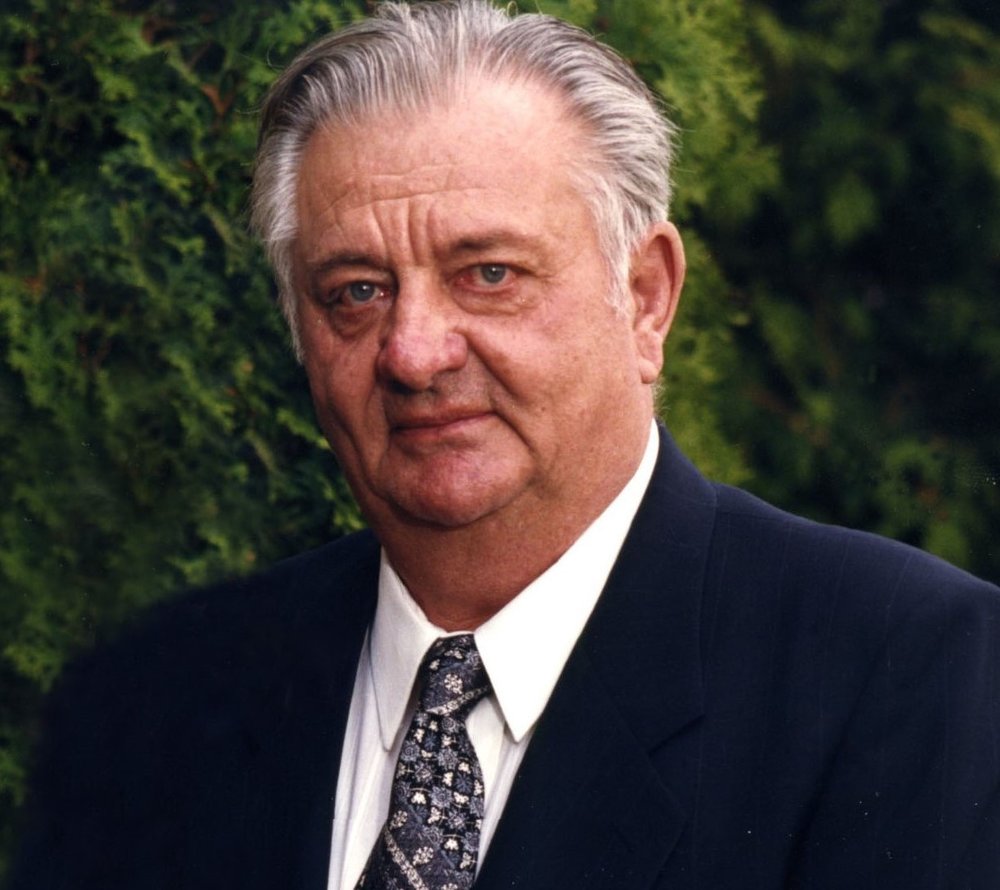 ERICH SUTTNER March 24, 1930 - October 11, 2020 It is with great sadness that the family of Erich Suttner announces his passing after a brief illness, on Sunday, October 11, 2020 at the age of ninety years. Erich will lovingly be remembered by his wife of 45 years, Elizabeth and their children Rita (Ed) Globa and John (Julie) Schoffner. Opa will also be remembered by his grandchildren, Andrea (Viktor), Adam, Owen and Reece and his great granddaughter Sophia. Erich was predeceased by his parents, Anton and Marie Suttner, as well his sister Gudrun and her husband, Edwin Froemel. Also left to mourn his passing are his nephews, Doug and Norm Froemel. Erich was born in Martnau Czech Republic in 1930. World War II disrupted the family’s life and they were forced to flee and settle in Bad Kissingen, Germany where Erich completed his education. Erich immigrated to Canada in 1953 and worked as a serviceman for Genzer’s Furniture. Later, he purchased the service department and began his own company. He met and married Elizabeth, who worked with him to develop the successful Superior Appliance. Erich was a great outdoorsman who enjoyed hunting, fishing and snowmobiling. He and Elizabeth spent many summers at Caddy Lake even portaging through the tunnels to find the best fishing spots. At any opportunity, Erich would love nothing more than to share a drink with friends and tell stories about their adventures. After his retirement, Erich and Elizabeth enjoyed travelling with several visits to Europe as well as trips to California and Florida. He especially loved their yearly winter holidays in Hawaii. Though retired, Erich remained active by volunteering his time for the betterment of his community. He was president of the Parochial Society of St Joseph’s Parish for many years. He took great pride in establishing and running the Majestic Alps Pavilion for Folklorama with the help of many St. Joseph’s parishioners. Erich was very generous with his time and skills. He wouldn’t hesitate to help his family, friends and neighbors with any project or repair, big or small. He could fix anything and gained a reputation for doing so. Special thanks to the staff at Seven Oaks Hospital third floor, Unit 4, for their care in Erich’s last hours. Their empathy and kindness toward him and family is much appreciated. A private mass of Christian burial will be held for the family with Interment to follow at Glen Eden, with Reverend Father Boguslaw Wardzinski officiating. In lieu of flowers the family asks that donations be made to a charity of your choice.

Share Your Memory of
ERICH
Upload Your Memory View All Memories
Be the first to upload a memory!
Share A Memory
Send Flowers