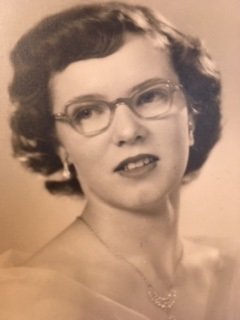 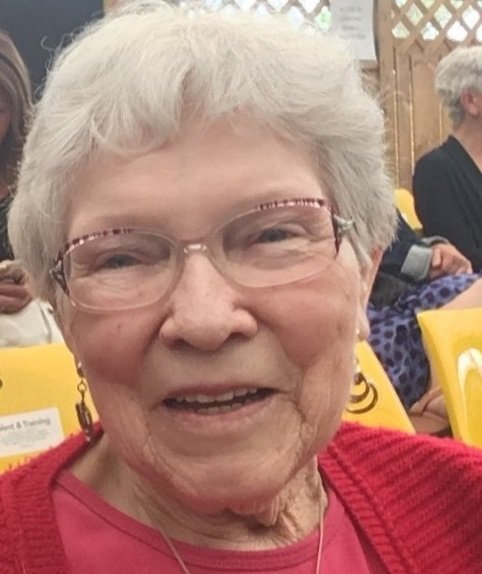 BEVERLEY JEAN REID (NEE DUNN) SEPTEMBER 3RD 1936 - OCTOBER 1ST, 2020 Beverley Jean Reid (nee Dunn), of Winnipeg, formerly from Sandy Lake, MB, passed on October 1st, 2020 at Riverview Health Centre. She was 84. Bev was born in Shoal Lake, Manitoba on September 3rd 1936. The last of 3 sisters and the middle child of Jim and Keitha Dunn. She greatly missed her sisters Ethel Mckee and Elaine Yaskiw. A farm girl from Solsgirth who attended school in a one room schoolhouse and occasionally road her horse to school when she was late, letting it find its own way home as it always seemed to do. Mom played softball and enjoyed curling. As an MTS Telephone operator, she worked in many small towns across Western Manitoba where she eventually settled in Brandon and met and married our late father Arnold Reid. Dad loved to tell us that while at an MTS party he met Bev Dunn. He immediately took his date home and returned to the party to ask her to dance. Mom Raised 3 children while continuing her career. Grant (Diana McAvoy) of Dartmouth NS, Ward and Tracy Fitz-Simon (Mark). She had 5 Grandchildren Jorden, Nicholas and Evan Reid; Owen and Emma Fitz-Simon. Although Grant’s boys were far away, they were always in her heart. Her sons Grant and Ward Reid were a source of great pride and worry, both having careers in the military, air force and navy respectively with tours in Afghanistan. Mom continued to worry about all her grown up children. For Grant when his job allowed him to travel around the world; for Ward, her middle child, was always be her little boy and for Tracy, Mark (favourite son-in-law) and the kids. After retiring in Winnipeg after 35 years of service with MTS, Mom and Dad moved to Sandy Lake Manitoba where they were active in the Cottage owner’s association, C.O.P.S., Terry Fox Run, and volunteering for the Drop-In-centre and local Lion’s Club events. She especially enjoyed Sandy Lake Western Days every August. Mom loved to cook for others and would always make a feast to anyone who was visiting or dropping in. Especially family passing through making that long trip to The Pas. For 22 years they journeyed south to Arizona for the winter. Every year Dad would plan a different route with adventures and incredible sights that provided wonderful memories. Mom was active in the community down south including joining a competitive pool team and volunteer work. She discovered painting on both canvas and ceramic art. She also crocheted and weaved blankets. In 2015 after dad’s stroke and her own cancer diagnosis, which included 2 radiation treatments; mom became less active. The heartbreaking passing of Dad in 2017, of close friends Barb and Cam Moore in 2019 and surviving the loss of her sisters and other family and friends had finally taken a toll on her. Many thanks to the Mckee family for including the Reid’s and Yaskiw’s in the Mckee family reunions. Thank you to Brad, Loree and Gord for the laughs and introducing Auntie Bea to the apple pie drink. To roommate Jim for the wonderful hospitality. To Murray for that yearly phone call to celebrate their almost shared birthday. Thank you to all other homecare workers, Julie and Margaret and the palliative care department. We will miss your laugh and smile. Dad has been waiting for mom long enough, they are on a new journey together in heaven, no more worry just rest.
Share Your Memory of
BEVERLEY
Upload Your Memory View All Memories
Be the first to upload a memory!
Share A Memory
Plant a Tree