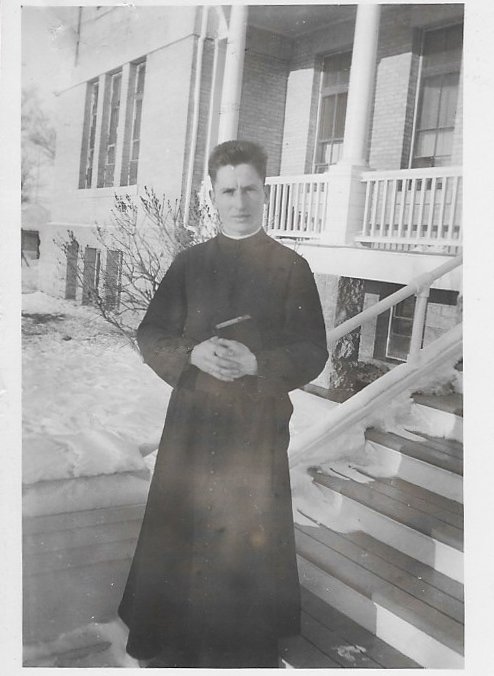 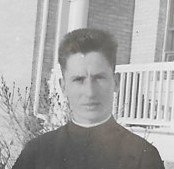 Father Jerry Talarski, O.M.I. July 20, 1930 – October 4, 2020 Father Jerry passed away peacefully on Sunday, October 4, 2020 at Selkirk General Hospital. Father Jerry was born on July 20, 1930 in Krydor, Saskatchewan to the late Thomas and Catherine Talarski. He was predeceased by his four brothers and four sisters. Father Jerry studied at St. Thomas College (Oblate Juniorate) in Battleford, SK from 1945 – 1949, Oblate House of Studies in Toronto, ON from 1949 – 1950 and at Oblate Novitiate in St. Norbert, MB from 1950 – 1951. He studied Philosophy from 1951 – 1953 and Theology from 1953 – 1957 at St. Charles Scholasticate in Battleford, SK. On July 22, 1956 Father Jerry was ordained to the priesthood. Father Jerry became the Moderator of Students at Oblate residence in Toronto, ON from 1958 - 1960. From 1960-1963 he was Assistant Pastor at Our Lady of Perpetual Help in St. Catharines, ON and Holy Ghost Parish in Winnipeg, MB. Father Jerry then became the Pastor at St. Patrick Parish and Missions in Sturgis, SK from 1963-1986. In 1986 he took a Sabbatical at Newman Theological Centre in St. Albert, AB. On June 28, 1987 Father Jerry became the Pastor of St. Stanislaus Church in East Selkirk, MB and Corpus Christi Church in Narol, MB until his retirement in 2013. He then moved to Saskatoon, Sk. In 2014, Father Jerry returned to Selkirk, MB where he resided until his passing. He enjoyed breakfast daily with friends and parishioners at A & W. He also liked playing the occasional golf game and watching hockey and his Saskatchewan Roughriders. Many thanks to Father Jerry’s caregivers and to the staff at Selkirk General Hospital. Eternal rest grant unto him, O Lord, and may perpetual light shine upon him.
Share Your Memory of
FR. JERRY
Upload Your Memory View All Memories
Be the first to upload a memory!
Share A Memory
Plant a Tree