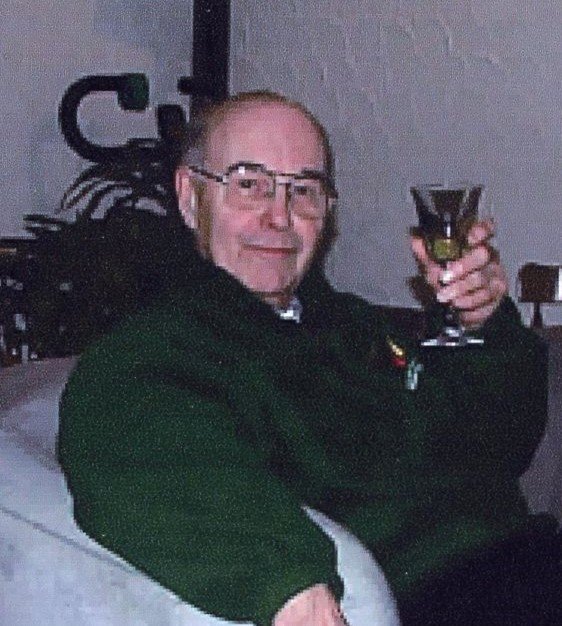 THEODORE (TED) RANICK December 26, 1930 – September 7, 2020 It is with deep sadness that we announce the passing of Ted Ranick, in his eighty-ninth year at Fred Douglas Lodge, Winnipeg, Manitoba. Predeceased by his mother Mary (nee Sidorchuk) and father Peter Ranick. He will be missed by brother Bob Ranick, London, Ontario, sister Pat Senior, Winnipeg, Manitoba, niece Tracy Ranick, Sarnia, Ontario, nephew Scott Senior and his children, Gabriella and Zé Beckta, Winnipeg, Manitoba, nephew Dale (Catherine) Ranick and their children Nolan and Curtis, St. Thomas, Ontario, as well as several cousins and many friends. Ted led an active life with a variety of interests and was always supportive of family, friends, and the community. In his younger years he was an Air Cadet which inspired him to eventually obtain his pilot’s license. In his Isaac Newton High School years, he was part of a foursome of track athletes that dominated Winnipeg events for years and competed successfully at the Provincial level. He enjoyed golf into his 80’s at Elmhurst Golf and Country Club and curling at West Kildonan Curling Club. He was active at times at both clubs at the Executive level. As a proficient artist, family and friends looked forward to receiving their personal hand painted Christmas card each year. His biggest passion and commitment was as a coach in the North End of the City providing mentorship to a multitude of youth. Over many years he coached minor baseball, lacrosse, and his favorite, hockey. A graduate of National Hockey Coaches School he guided a number of teams to complete in provincial championships. Besides his volunteer contributions he was a career Manager of the City of Winnipeg and worked tirelessly to improve and establish recreational facilities throughout the community. The family is thankful for the dedicated and wonderful care he received at the Burrows Avenue Fred Douglas Lodge during the Covid-19 pandemic. Cremation has taken place. A celebration of Life will be held at a later date. In Lieu of flowers a donation can be made to Heart and Stroke Foundation, Canadian Cancer Society, or a charity of your choice. Always remembered, Forever loved.
Share Your Memory of
THEODORE
Upload Your Memory View All Memories
Be the first to upload a memory!
Share A Memory
Send Flowers