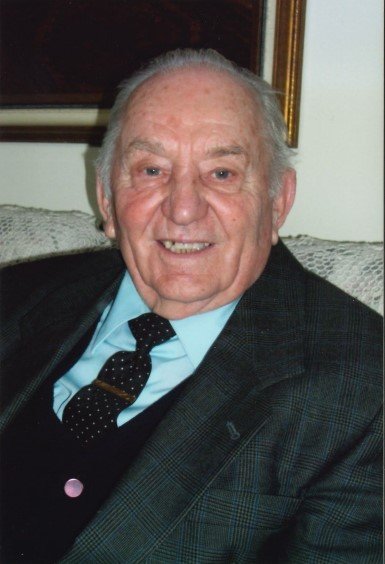 LOUIS ZOLTAN TOTH It is with profound sadness that we announce the sudden passing of our beloved Louis Zoltan on Tuesday, August 18, 2020 at Parkview Place, days after his 91st birthday. Louis Zoltan was predeceased by his beloved wife Irma, in 2004 and by his parents and his sister. Left to mourn are Viktoria Szegedi, his common-law partner; his daughter Irma McCracken; his two grandchildren, Wendy Siddall & Leslie Mann. Louis is survived by five great-grandchildren, Samantha, Calen, Arianna, Mathew and Aislynn and great-great grand-daughter, Bella. He is fondly remembered by relatives in Hungary and by close friends & neighbours for his hearty laughter and willingness to help others. His family would like to thank Ljiljana and Csaba Farkas for their help during Louis’s illness and all family and friends who have shown their support during this very sad time. A memorial service will be held on September 1st at 1:00pm in Cropo Funeral Chapel 1442 Main St, Winnipeg.
Share Your Memory of
LAJOS
Upload Your Memory View All Memories
Be the first to upload a memory!
Share A Memory
Plant a Tree