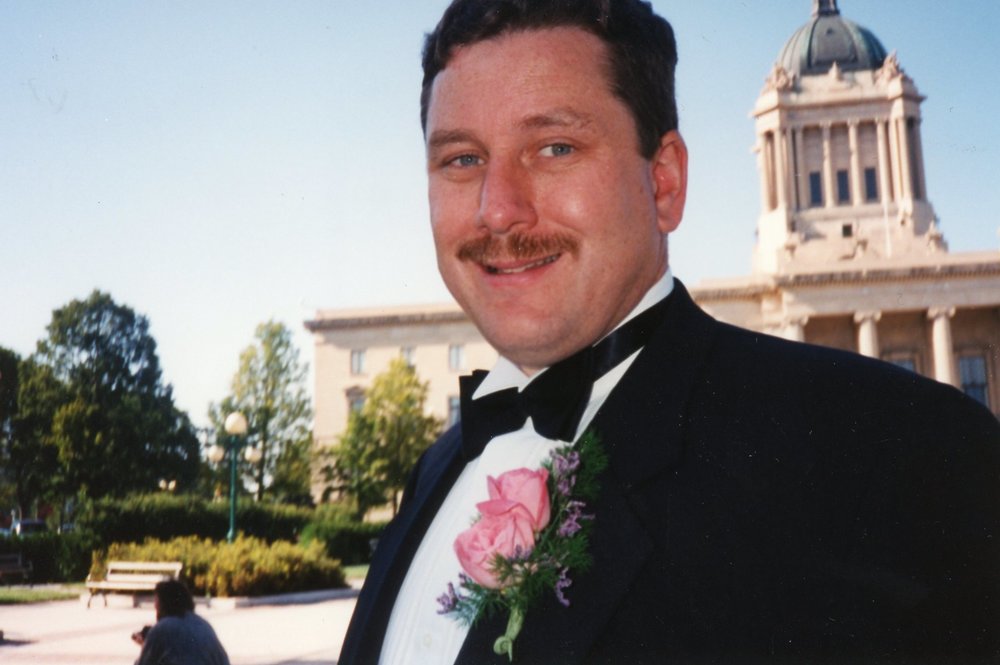 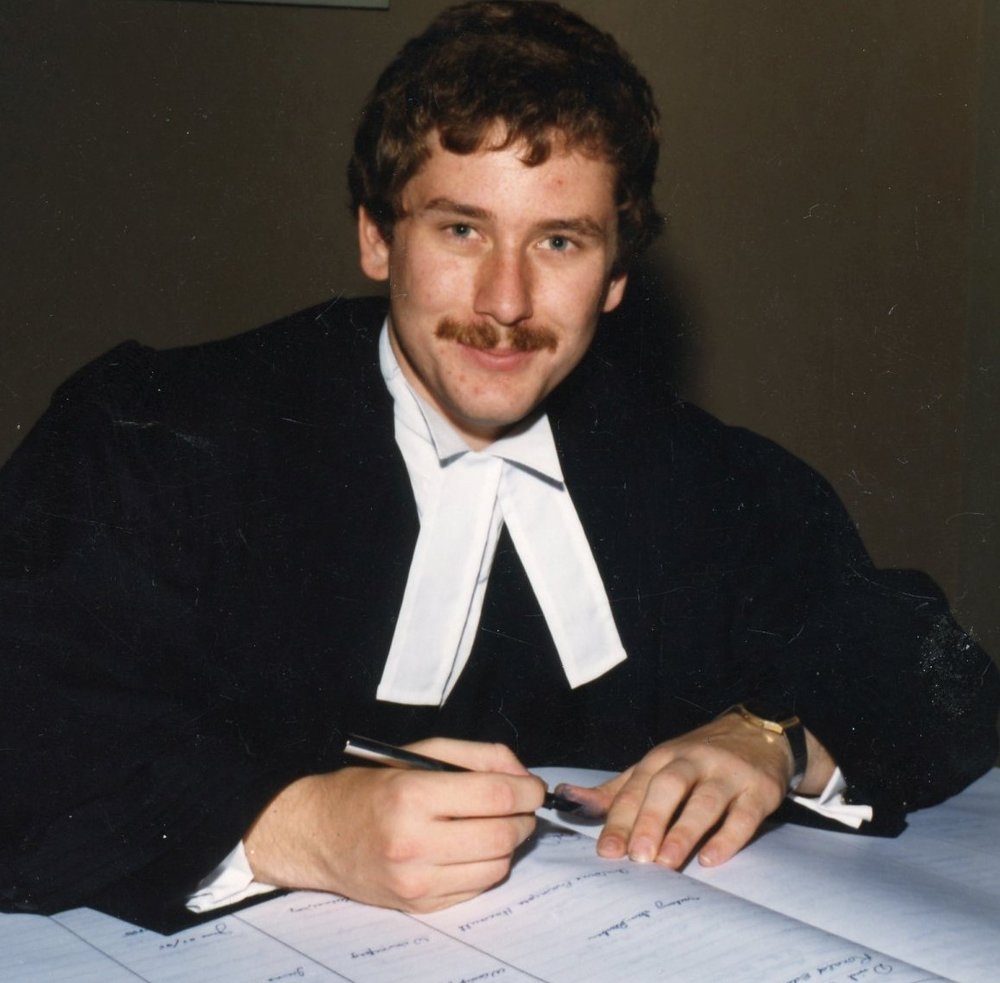 GORDON EDWARD HANNON It is with profound sadness that we share the passing of Gordon Edward Hannon, age 59, on Sunday, August 16, 2020, in Winnipeg, Manitoba. He will be forever missed by his wife Madeline (his Madzia), parents Marilyn and Wally Hannon, sister Kathy (Wes), brother Sean (Elisa), and his nieces and nephews, Jessica, Madison, Samuel, Joseph, and Grace. Gord was an extraordinary husband, son, brother, friend, colleague, partner, godfather, advisor, mentor, and lawyer. Gord was deeply committed to his family and to an extensive, diverse, and somewhat disparate group of friends and colleagues. Many of Gord’s friendships began when he moved from his birthplace in Atikokan, Ontario to the big city to attend the University of Manitoba. Who could have predicted that a random roommate assignment in Tache Hall would form the foundation of “the boys”, a group that has maintained their relationships to this very day. Gord’s capacity for authentic connections resulted in his having many people in his life. The longtime Saturday morning crowd could often be found debating the causes and solutions to the world’s problems or deconstructing the latest conspiracy theory. The colleagues who became friends at Manitoba Justice would meet Fridays after work for “drinks” before they started their weekends. To paraphrase Disraeli, Gord was a man who expressed himself with “frankness and with fervor” This perhaps was most evident in his work as a Crown Attorney, as his belief in fairness and a just society led him to seek a career in which he could make a difference. Gord began his career in 1984 with the government of Manitoba as a Crown Attorney, and retired in July of this year. Gord’s commitment extended beyond his work to advocating for others. He was a member of the Manitoba Association of Crown Attorneys since 1987 and served on the Executive for some twenty-five years, first as Secretary for five years and then as President, a position he held for ten years. He was also a member of the Canadian Association of Crown Counsel (CACC). In 2014, in recognition of all Gord had done for the CACC over the years, the CACC awarded Gord the Dennis Theman award to publicly acknowledge his outstanding mentorship, contributions, commitment, leadership, and service to the organization. There were many sides to Gord, some of which were contradictory. He was an immensely private person and at the same time, loved nothing more than getting together with his groups of friends. He and Madeline hosted many dinner parties at their home that were filled with great food, great wine, and always, great conversation. There were lots of gatherings and fun times with family and friends at the cottage in Fort Francis, Ontario. He was a voracious reader and his bookshelves were filled with everything from the Joy of Yiddish to the latest tome on Churchill. He loved sports and was a dedicated spectator and enthusiastic participant. He was a proud holder of season’s tickets for his beloved Bombers and a longtime supporter of the Jets 1.0 and 2.0. Until his illness forced him to retire from the sport, Gordon was a lifelong curler and longtime member of the Pembina Curling Club. His commitment to social justice was evidenced by his willingness to volunteer his knowledge, time, and energy to the non-profit sector. Gord was an invaluable member of the Board of Directors of Opportunities for Independence Inc. and Career Trek Inc. His volunteer work was recognized in 2018, when he was awarded the William Norrie Community Services Award by Volunteer Manitoba. Gord represented the best of what it meant to be a human being, with an immense capacity to love and care for his family, friends and community. He was always available to problem-solve, to offer guidance and advice, and most importantly, to listen. He took great pride in being a member of the legal profession and was a crown attorney who held himself to the highest standards of performance and integrity. He had a strong belief in, and commitment to, our civil service and was honoured to be a servant of the people. He was a true mensch. A private Funeral Mass will be celebrated at St. Mary’s Cathedral with interment to follow at Assumption Cemetery. A Celebration of Life will be planned for a later time. The family would like to thank Dr. Wong and his team at CancerCare Manitoba and the Winnipeg Regional Health Authority Home Care and Palliative Care Programs. In lieu of flowers, donations can be to Career Trek Inc., Opportunities for Independence Inc., CancerCare Manitoba or a charity of your choice. “Eternal rest grant unto them, O Lord, and let perpetual light shine upon them”.
Share Your Memory of
GORDON
Upload Your Memory View All Memories
Be the first to upload a memory!
Share A Memory
Plant a Tree