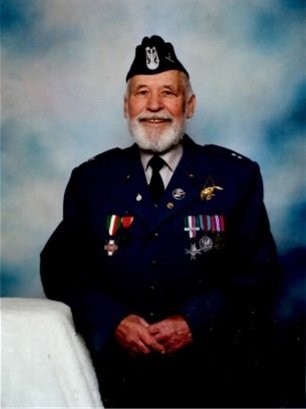 STANISLAW RALCEWICZ November 11, 1926 - May 18, 2020 Stanislaw Ralcewicz was born on November 11, 1926 in what is now Belarus (part of Poland before WWII). In 1940 his family was deported to an internment camp in Siberia when the Soviet Army invaded Poland. His mother Maria Ralcewicz nee Szulc died in the camp before Stalin declared an amnesty and allowed them to leave to join Polish forces gathering in Uzbekistan. Then via Iran, Palestine and Egypt he came to England where he became part of the Polish Air Cadets. After the war he followed his brother Jozef to Winnipeg, Canada. After a time and because of his Air Cadet training in electronics he landed a job with de Havilland in Toronto. He lived there until his death May 18, 2020 at the age of 94 years. He was predeceased by his father Antoni Ralcewicz, his sister, Christine Elms (England), his brother and sister-in-law Jozef and Janina Ralcewicz. He is survived by his nieces and nephews, Wanda Simpson (Philip), Karol Ralcewicz, Christoper Ralcewicz, Philip Elms (Linda) England, Linda Skidmore (Kevin), England, Steven Elms (Yvonne) England. Stan was an avid swimmer, card player and traveller. He always enjoyed a good argument and I’m sure that is what he is doing wherever he is now. Carry on, Stan, carry on.
Share Your Memory of
STANISLAW
Upload Your Memory View All Memories
Be the first to upload a memory!
Share A Memory
Plant a Tree