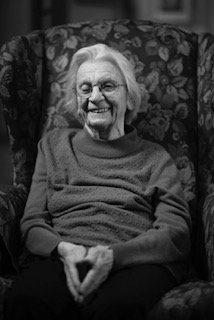 DANICA (DONNA) BUKAL (IVANCIR) January 10, 1929 - May 28, 2020 It is with sadness that we announce the passing of our beloved mother and baba Danica Bukal on May 28, 2020 at Seven Oaks Hospital, at the age of 91. Danica leaves to cherish her memory her son, Miroslav (Anne), her grandchildren Anastasia, Alexander and Diane as well as nieces and nephews in Europe. She was predeceased by her husband, Vinko in 1998; her daughter-in-law Millie in 2010; 3 brothers and a sister in Europe. Danica was born in Veliki Komor, Zagorje, Croatia on January 10, 1929. She had a gift of a beautiful voice and as a young girl, she sang on live radio accompanied by her father on accordion. She married Vinko in 1952 and they immigrated to Winnipeg in 1956. Danica worked in the garment industry and retired when she was 63. She will be remembered for the love of her family and the interest she took in each one’s life. She will also be remembered for her love of gardening both vegetables and flowers. She took every opportunity to go with Vinko fishing, camping, and mushroom picking. They were very proud of the home they built in Great Falls MB. She was currently residing at the St. Mary’s the Protectress Villa where she made many friends. Although she faced several physical challenges, she was determined to do as much as she could independently. The family thanks the staff at St. Boniface and Seven Oaks Hospital for their care of Danica. Cremation has taken place and a private family graveside service will be held at a later date.
Share Your Memory of
DANICA (DONNA)
Upload Your Memory View All Memories
Be the first to upload a memory!
Share A Memory
Plant a Tree