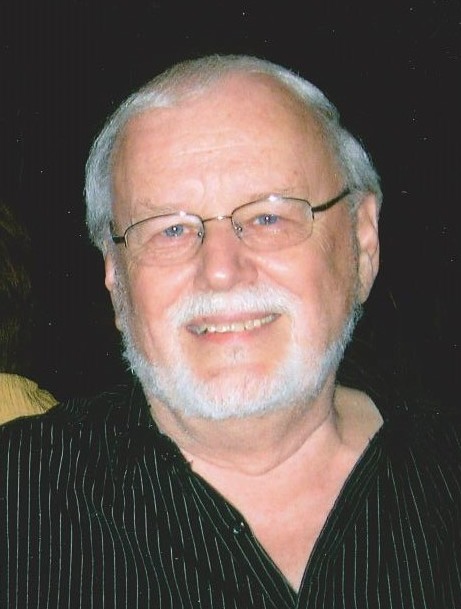 DOUGLAS BRIAN HENNE March 27, 1941 – June 13, 2020 After a long and courageous battle with leukemia, Doug passed away on June 13, 2020 at his home with his loving family by his side. The following was written by Doug: Douglas Brian Henne was born in the old St. Joseph’s Hospital at northwest corner of Pritchard and Salter in the north end of Winnipeg on March 27, 1941. Childhood was filled with carefree days, wandering free as the wind, and attending the old Strathcona School on Salter Street. A love of drawing and art dawned early on. He spent the rest of his life producing various artworks as a pastime for friends and colleagues and the occasional commissioned and published commercial work, having been self-taught through the years by home course study and art instruction. His family moved to West Kildonan in 1948 where he completed his elementary grades at the old Centennial School and Governor Semple Schools then back to Centennial and the West Kildonan Collegiate (then on Salter Street) for completion of High School. In January 1959 he was hired as a junior clerk in the Purchasing and Stores Dept of the old City of Winnipeg and retired 31 ½ years later as a middle manager in the Land Development Department (Subdivision Administrator). The summer of that same year he met the love of his life Pat, whom he married in April of 1962. Moving to their new home in East Kildonan in 1965, he and Pat raised their two sons and daughter, David, Don, and Karen, remaining in the same beloved house until Doug’s passing. In the days before YouTube, Doug self-taught himself carpentry, auto repair, electrical and plumbing skills with the aid of Reader’s Digest and Time Life self-help publications. In addition to completing his own home upgrades and renovations, these skills served him well with projects at their cottage and helping friends with theirs. Receiving basic piano training in his early teens, playing was a casual pastime until his late 40’s when joining Grey Street United Church with Pat drew him into the choir and the encouragement to perform on the piano more. He was a member of the founding group from Grey Street that launched the charitable volunteer choir known as the Sisters of the Holy Rock in 1993, having conceived the name and designing their logo. He spent their first couple of years performing at various fundraising venues around the city as their principle piano accompanist. Doug devoted the next 29 years playing accompaniment to hymn singing at monthly nursing home and seniors home church services, a rewarding experience that he sadly had to surrender upon falling ill in 2017. Upon retirement from the City of Winnipeg in 1990, Doug became a freelance land development consultant for approximately the next 20 years, expediting the acceptance of developers’ proposals through the City’s approval systems. Doug volunteered part time with Habitat for Humanity as their interface with the City of Winnipeg 1990-93. In 1993 he designed and secured approval for the Jimmy Carter Work Project culs-de-sac subdivision plan on the north side of Jarvis Avenue known as Habitat Place and Giiwe Cove. Regrettably didn’t get to meet the Carters though because he wasn’t in the middle of the fray wielding a hammer. Pat and he spent over 45 precious summer seasons together with their family relaxing at their cottage in Lester Beach. In later years they had the pleasure of making road/flying trips to Ohio, Texas, Louisiana, Hawaii, and Florida to visit and spend time with family living there. In his decline, Doug was content that he’d had a blessed life, a close and loving partnership with Pat throughout their 58 years of marriage. Her love, care, strength and support through the course of his illness was incomparable and not a day went by that he wasn’t humbled by it. No less appreciated was the love and continuous support Pat and he received from their loving children, grandchildren, niece and her spouse, and friends during that difficult period of decline. Many priceless milestones, holidays and family gatherings were celebrated through their efforts, to be forever cherished. And last but not least was the wonderful treatment provided by Dr. Rajat Kumar and Dr. Craig Speziali of CancerCare Manitoba along with PA Kevin Dawe, nurses Lisa and Dawn, and all treatment and support staff of the chemotherapy unit. Their skills, kindness and compassion over the course of three years was beyond expectations and provided immeasurable relief and comfort. We could not have asked for more. Doug is survived by his loving wife Pat, sons Dave, Don (Chanda), daughter Karen (Abe), granddaughter Melissa (Ferd), grandson Matt (Amber), twin granddaughters Emma and Cora, bonus grandsons Jimmy (Ashley) and Jason, great grandchildren Jayden, Jaxon, and Ava. Doug had a special relationship with our niece Joanne and family. Doug also leaves his brother Rich (Janet) and sister Barb (Sean), many nieces, nephews, cousins and good friends. Doug was predeceased by his parents Charles and Thelma Henne, in-laws Richard and Pauline Collins, sisters-in-law Lorraine Henne, Ruth Langford, and Lorraine Martynuk. Flowers are gratefully declined. Throughout his illness Doug benefited from many blood and platelet transfusions. Please consider donating blood or making a donation to CancerCare Manitoba in his memory. As per Doug’s wishes, cremation has taken place. Celebration of Life to be determined.
Share Your Memory of
DOUGLAS
Upload Your Memory View All Memories
Be the first to upload a memory!
Share A Memory
Plant a Tree