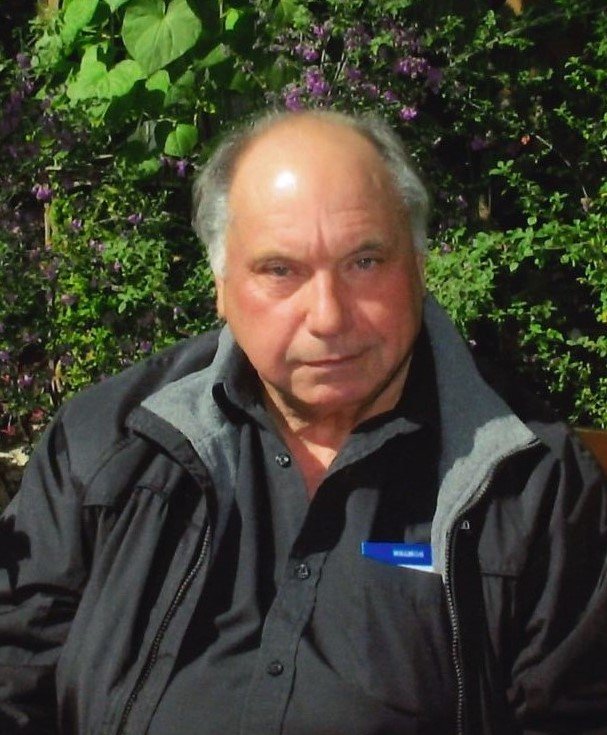 . WILLIAM (BILL) FESCHUK May 21, 2020 It is with great sadness and lots of broken hearts that we announce the passing of William (Bill) after an extended illness on May 21, 2020. He is survived by his loving wife of 54 years, Helen. Left to cherish his memory are his children and grandchildren. His son Jonas (Ali), daughter Tracy, daughter Roxane (Gord), grandchildren Wyatt, Tasjia, Tova, and Bram. Sister Marge (Ernie), brothers Emil (Grace), Jack (Linda), and Stan (Carol) and numerous nieces and nephews. He was predeceased by his parents, Anthony and Rose Feschuk, brothers Eugene and Harold, and sisters Lena and Vicki. Bill was born in Sioux Lookout, Ontario where his parents worked as cooks in a logging camp. He moved with his parents to Manitoba where they settled on a farm in Malonton, Manitoba. Bill left home at an early age of 13 to attend school in Winnipeg – where he also worked part-time at a sewing factory doing general labour jobs as needed. Later he worked at CNR for a number of years, after getting laid off he went to work for Border Chemical in Transcona. Then in 1968, Bill applied for a job as a power engineer with the new Seagram’s plant being built in Gimli. He started work in Gimli in September of 1968 until his retirement in 2000. Bill served as President of Local 200 of the Distillery Wine and Workers Union for 10 years. Bill also kept himself busy with his family construction business as a general contractor for the last 42 years. He did everything from repairs to new construction buildings until his illness (mesothelioma) became difficult for him to continue working. We extend many thanks to all who assisted Bill in his time of need. Bill was a man who worked hard, cared deeply, and gave his best for the people in his life and all those lives he touched. He instilled a good work ethic in his children and his grandchildren. Funeral service to be held Friday, June 5, 2020 at 1:00 p.m. at Cropo Funeral Chapel, 1442 Main Street, Winnipeg, Manitoba. Interment to follow at Brookside Cemetery. Private reception will be held at a later date for family and friends. In lieu of flowers, donations in memory may be made to CancerCare Manitoba.
Friday
5
June