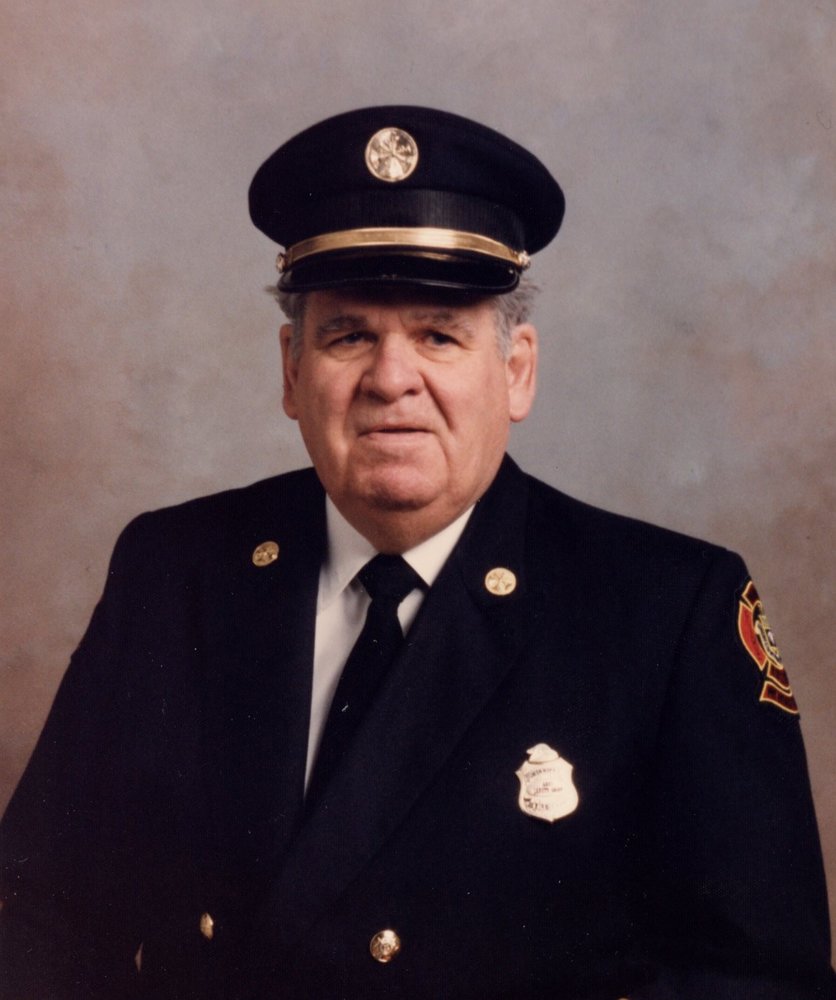 JAMES (JIM) BATY It is with deep sadness that we announce the passing of our beloved father and grandfather on February 10, 2020, in Winnipeg at the age of 88 years. Left to cherish his memory are daughter Edith Elvin (Greg), son James Baty (Dale) and grandchildren Jim and Sarah. James is survived also by sister- in-law Pat of B.C., brother-in-law Dan of Winnipeg and sister-in-law Fran of B.C. and many nieces and nephews. Jim was predeceased by his beloved wife Mary in 2012 and mother and father Mary and Ernest Baty. Jim worked at Eaton’s until he joined the Fire Department on July 1, 1952. After many promotions, he was promoted to Deputy Chief on March 1, 1990. Jim retired in 1994 after 42 years and 4 months of service. He also did some part time work with Kraft foods, Teulon Butter and the Winnipeg Concert Hall. Last but not least, he was Mary’s Avon delivery man. Jim was School Trustee for the River East School Division from 1974 – 1986 and was recently honoured at an event in 2018. Jim was a long-time member of St. Alphonsus Parish and the Knights of Columbus. He worked tirelessly for the Parish and school in many capacities. He also ran the Bingo for many years. Jim will be remembered by his family and friends for his frequent acts of kindness and generosity. He was a friend to many and had a great sense of humour, contagious laugh and smile. He had a presence that would light up a room. Jim loved sports and played hockey, curled and bowled. He took many trips with Mary to visit family in Victoria, B.C. and cherished his time spent with his children and grandchildren and relaxing in Gimli. In his later years, he enjoyed watching sports on T.V. with Dan Doyle. One of Jim’s favourite teams were the Green Bay Packers. He loved living at Concordia Village and enjoyed the entertainment and the people around him. The family would like to thank his homecare workers (who were more like friends), the helpful residents and staff, and the compassionate care during his few days at Beacon Hill Lodge. Also thank you to the helpful friends and family who made the most valued visits over the past 3 years, including Father Greg whose visits and prayers comforted Jim and the family. Mass of Christian Burial accompanied by the Winnipeg Firefighters Honour Guard, Fire Chaplain and the Knights of Columbus presided by Father Greg Mulligan, OFM Cap. will be celebrated on Friday, February 28, 2020 at 11:00 a.m. St. Alphonsus Roman Catholic Church at 315 Munroe Ave. (Brazier and Munroe). Flowers gratefully declined. Donations may be made to the Firefighters Burn Fund or a charity of your choice. Dad and Pop, you’ll be in our hearts forever.
Friday
28
February