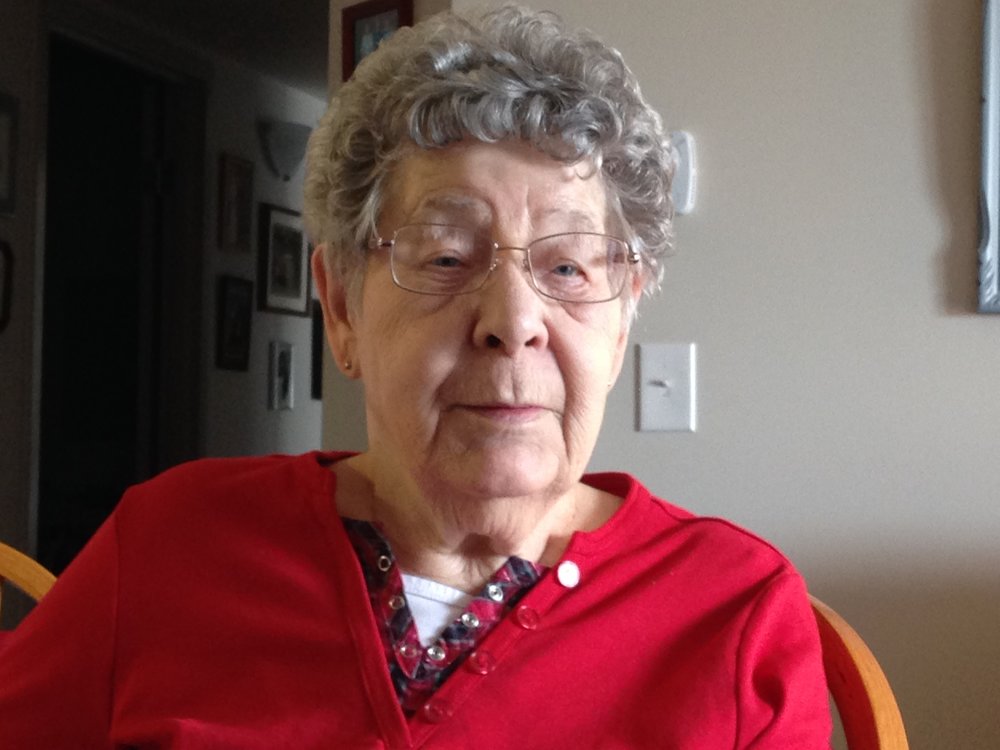 Eleanor Brown January 16, 1934- January 30, 2020 Eleanor Brown (nee Bishoff) aged 86 of Winnipeg, passed peacefully with her family by her side. She is survived by her husband of 48 years, Ernest, her sister Viola, numerous nieces and nephews, her stepdaughters Pat Braun, Gail Rines (Brad) 3 step grandchildren, Jeffrey, Craig and Terry and 2 great step grandchildren Madeleine and Sophie. Eleanor is predeceased by 2 brothers, Richard Bishoff and Albert Bishoff. Eleanor grew up in Winnipeg and was very involved with the Lutheran Church. She belonged to the Lutheran Women's Missionary League for many years and sang in the choir at Luther Church of the Redeemer. Eleanor worked as a payroll clerk in Winnipeg. She moved to Kenora, Ontario with Ernie and continued to work as a payroll clerk with the Ontario Ministry of Resources. When they moved to Kelowna, she decided to retire. Eleanor was a quiet person and enjoyed cooking and especially baking to satisfy Ernie's insatiable sweet tooth. She also enjoyed various hobbies such as cross stitch, and crocheting. Her handiwork was impeccable. Eleanor and Ernie enjoyed living in Kelowna for a number of years before moving back to Winnipeg due to health reasons. Her health declined and as a result was admitted in July 2019 to Luther Personal Care Home joining Ernie who had been there since 2015. They shared a room until her passing. Many thanks to Luther Personal Car Home for their care and kindness. As per Eleanor's wishes there will not be a funeral .... “You are always in our Hearts”
Share Your Memory of
ELEANOR
Upload Your Memory View All Memories
Be the first to upload a memory!
Share A Memory
Send Flowers