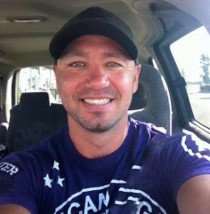 CONRAD ROMEO BECK Unexpectedly, Conrad Romeo Beck died in Winnipeg on February 10, 2020 in Winnipeg, Manitoba at the age of 52. Conrad is survived by his mother, Geraldine Beck, and stepfather Don Desjarlais, daughters Ami (Mike), Melissa (Curtis), Hilliary (Tyler), siblings Duane (Craig), Michael Eyjolfson, Kristin (Rory) and sister. He was preceded in death by his Grandmother Helen “Mama” née McAuley Beck, George Beck, Jason Moar. Conrad will be sadly missed by family and friends. Uncles Dale Beck (Lorna), Clayton Beck (Wanda), Albert Braun (Terry), Aunty Karen, Aunt Janice and Uncle Nookie. Cousins, Debbie (Wes), Daryl (Saheem), Derek, Nikki, Lisa, Daniel & Jaden Beck, Jordan, Geoff, Jarred and Madison. Conrad, as well, had seven Grandchildren. Kianna, Kingston, Max, Ava and Sawyer, and Jayden and Jaxson. Other loving family members, Ecko, Robin and Unique. Conrad was born on September 14, 1967 in Winnipegosis, MB to Geraldine Beck and Orville Morrisseau. He attended Tech Voc school in Winnipeg, graduated in 1984 and last worked for the Assembly of Manitoba Chiefs as a computer technician. He was proud to work for his people when he joined the Assembly of Manitoba Chiefs. In his early childhood years, he lived in and had many pleasant childhood memories in Crane River, MB. Conrad had many gifts and was skilled with his hands. He obtained a certificate in computer technology. He was an avid hockey lover and excelled as a young teenager. He maintained his love for hockey into his later years. He loved the outdoors, being on the water in his boat, on the land in his camper and snowmobile in the winter. He was very active and found the time to play slow pitch fastball in the summer. He genuinely loved his family, was loyal to his friends and loved to tease and laugh, spending time with his children and grandchildren. He was always there to lend a helping hand. Like many Indigenous children he experienced childhood trauma and rose above those experiences to become a productive and respected community member. He was a staunch protector of Indigenous rights and honoured the spirit of children impacted by difficult experiences. A Funeral Service is scheduled for February 15, 2020 at Cropo Funeral Chapel 1442 Main Street, Winnipeg, MB. Viewing will commence at 5PM followed by a service at 6PM. A reception to follow at Cropo. Reverend Norman Meade will officiate the ceremony. All are welcome to attend and celebrate Conrad’s life.
Saturday
15
February