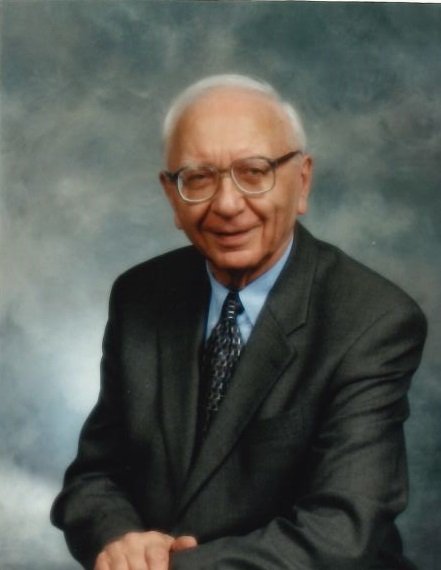 JOHN MICHAEL PROKIPCHUK JANUARY 27, 1924 - JANUARY 23, 2020 On January 23, 2020, at the St. Boniface Hospital in Winnipeg, Manitoba, John went to his eternal rest 4 days shy of his 96th birthday. He is survived by his two nephews and their families: Douglas and his wife Rosemarie, their sons Timothy (Ewa Barczak) and Christopher (Kristyn Branconier); nephew Norman and his wife Monica, their children Evan (Marissa), Scott, and Gina (Patrick Okoro); grandchildren Theo and Mateo. Uncle John was predeceased by his beloved wife Elizabeth, his parents Michael and Maria, his only brother Morris, sister-in-law Elsie, and their two youngest sons Patrick and Raymond. Funeral service will be held on Monday, February 3, 2020, at noon at Cropo Funeral Chapel, 1442 Main Street, Winnipeg. Interment will be at The Garden of Resurrection, Glen Eden Memorial Gardens. Donations in John’s memory may be made to a charity of your choice. With the saints give rest, O Christ, to the soul of thy servant, John, where there is no sorrow, nor sighing, but life everlasting. Amen ETERNAL MEMORY VICHNAYA PAMYAT’
Monday
3
February