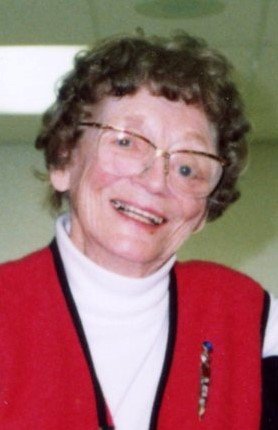 MARGARET THELMA LOW November 29, 1919 - January 4, 2020 It is with deep sadness that we announce the peaceful passing of Margaret Thelma Low (aged 100) at Concordia Place on January 4, 2020. Margaret was predeceased by her parents Jack and Agnes Low. Margaret leaves to mourn cousins in Winnipeg and England, as well as many close friends. Margaret was born on November 29, 1919 in Winnipeg, Manitoba. She lived on Chalmers Avenue in Elmwood and then moved to an apartment on Henderson Hwy. She later moved to Concordia Village, and then to Concordia Place where she lived until her passing. Margaret touched many lives wherever she went. She was a caring, compassionate, and generous person who thought of others before herself and expected nothing in return. Over the years, Margaret worked at Eaton's, the Canadian Armed Forces, and then with the Federal Government until her retirement. After her retirement, she volunteered at many different organizations, hospitals, and Gordon-King Memorial United Church. She took courses at the University of Winnipeg, and also visited and cared for many of her friends during their illnesses. Margaret's love for all dogs developed at an early age, as her parents bred and showed collies. She was always an immediate friend to any dog she met. She enjoyed attending Jets and Goldeyes games, and the Manitoba Theatre Centre, but most of all the Winnipeg Symphony Orchestra. She started attending the symphony at very young age with her parents, and continued until she was 99 years old. The thing that was most important to Margaret in life was her faith, and she was involved at Grey St. United Church from a very young age. She taught Sunday School, was a bible reader, played the organ, and even gave sermons when called upon to do so. She was also a member of the United Church Women's League. We would like to express our deepest gratitude to all staff at Concordia Place Personal Care Home for the loving care that they provided to Margaret during her time there. In accordance with Margaret's wishes, cremation has taken place and no funeral service will be held. If you wish, donations in memory of Margaret Low may be made to Grey St. United Church at 651 Sandhurst Ave. Wpg. Man. R2L 1B1, or a charity of your choice.
Share Your Memory of
MARGARET THELMA
Upload Your Memory View All Memories
Be the first to upload a memory!
Share A Memory
Plant a Tree