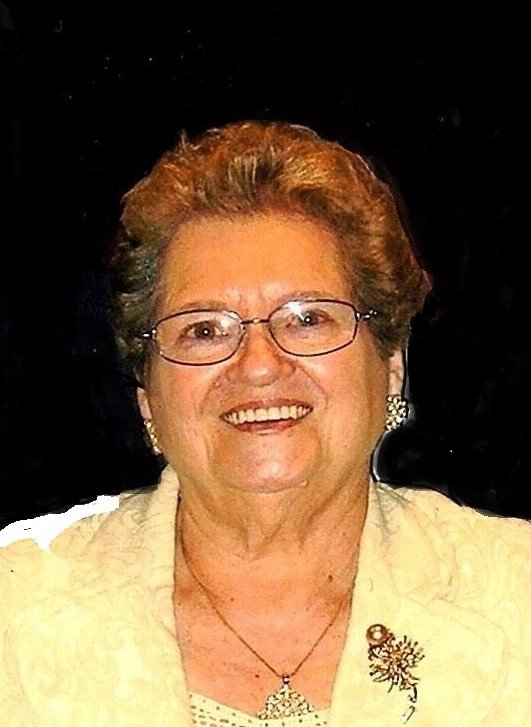 JOAN WINNIFRED SULLIVAN (JAMIESON) April 25, 1936 - December 25, 2019 Joan passed away on December 25, 2019 with her children & brother by her side, after a lengthy struggle with Dementia. Joan leaves to mourn her four children, Joanne (Mike) Sabourin, Bill (Brenda) Sullivan, Teresa (Terry) Hnatiuk, Colleen (Walter) Beck. She is predeceased by her beloved husband Tim. She is survived by her grandchildren, Melissa, Brian, Cherlyn, Krysty, Michael, Mandi & Tim; her great grandchildren Evan, Liam and Bentley who lit up her life when they came to visit. She is survived by her brothers Don (Amy) Jamieson and John (Sheila) Jamieson and predeceased by her brother Tom. She is also survived by nieces and nephews: Diane, Jacquie, John Paul, Joel, Sean and Shane. Joan was a very devoted wife and mother. She was extremely kind and caring. Family and friends were of utmost importance to her. She and her late husband Tim, along with their children, enjoyed many memorable years and countless adventures at their cottage at Bird Lake. She was very involved as a long time member of the St. Alphonsus Parish Catholic Women’s League. Joan worked for many years at Eaton’s Warehouse in the Carpet Installation Department. She enjoyed ceramics, knitting, sewing and many other varied interests. She enjoyed travelling, but most importantly spending time with her family and good friends. The family would like to extend heartfelt thanks to all the staff on 2 South at Donwood Manor for their truly kind and compassionate care. Mass of Christian Burial will be celebrated on Thursday, January 2, 2020 at 11:00 a.m. at St. Alphonsus Parish, 315 Munroe Avenue (Munroe and Brazier). Interment to follow at Assumption Cemetery, 3990 Portage Avenue. “Goodbye Mom, we love you and will miss you XOXO Until we meet again.” Flowers gratefully declined. Donations in Joan’s memory to Donwood Manor Foundation would be greatly appreciated.
Thursday
2
January