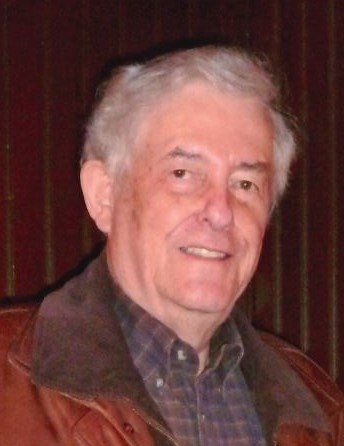 Edward W.J. (Ted) Clarke, P. ENG., B.Sc. (C.E.), F.E.C., F.I.T.E. We regret to announce the death of Ted Clarke, beloved husband of Marlene, on December 22, 2019 at the age of 81. He leaves to cherish his memory, his loving wife of 57 years, Marlene; two sons, Dr. Wm. Clarke (Christine) of Chilliwack and Robert Clarke (Jenny) of Edmonton; 5 grandchildren, Michael, Cailey, Caitlyn, Benjamin and Meikayla. He was predeceased by his two sisters, Joan and Geraldine. Ted was born in Fort William, Ontario on February 10, 1938, the son of Bill and Elsie Clarke. He graduated from Brandon Collegiate and the University of Manitoba. After leaving university, Ted worked first for the Manitoba Department of Highways and then for the Metropolitan Corporation of Greater Winnipeg, followed by The City of Winnipeg. He retired in 1995 from the position of Director of Streets and Transportation. Over the years, Ted was active in a number of professional organizations, particularly the Roads and Transportation Association of Canada (RTAC), the Institute of Transportation Engineers (ITE), the Association of Professional Engineers of the Province of Manitoba (APEM), and the Canadian Council of Professional Engineers (CCPE). He served for a number of years on the Boards of APEM, RTAC and CCPE; and as President of APEM in 1986. He enjoyed his 60th Engineering class reunion this year. At Ted’s request, there will be no service.
Share Your Memory of
EDWARD
Upload Your Memory View All Memories
Be the first to upload a memory!
Share A Memory
Plant a Tree