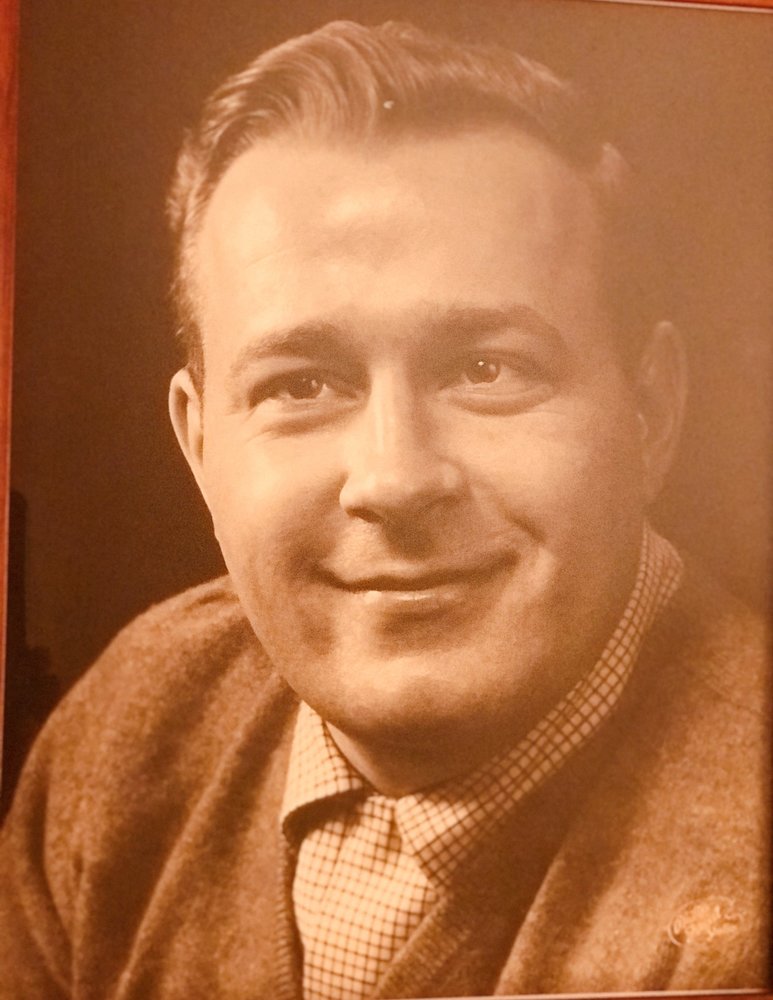 It is with great sorrow and heavy hearts that we announce the sudden passing of our beloved father and grandfather, Edward (Ed) Mazur, on November 20, 2019 at the age of 89 years.

Edward was predeceased by his beloved wife, Rosalie, and his parents, Mary and Joseph. He is survived by his son Joseph (Jennifer) of Charleston, SC; daughter Diane Stasiuk (Hans) of Portage la Prairie, MB; and his loving grandchildren, Madeline, Andrew, and Will.

Edward was born in Winnipeg on July 15, 1930. He grew up in the Fort Rouge area and graduated from Kelvin High School in 1948. Dad excelled academically and had a passion for sports, particularly football and hockey. Following high school, Edward started apprenticing with the Canadian National Railway (CNR) as a machinist while continuing his love for football. Edward played tackle with the Norwood/St. Boniface Legionaires, and in 1952 his team captured the Canadian Intermediate Football Championship. In the years that followed, Edward was scouted by a number of teams but his family was pragmatic, encouraging him to follow a more stable endeavor with the railway.

Born to immigrant parents, Edward had a fierce work ethic and, like his own father, did not shy away from intense labor. Edward worked as a machinist at CNR Symington Yards for 33 years. From 1992 until his retirement in 2000, he was elected by his peers to serve as Secretary-Treasurer for the International Association of Machinists and Aerospace Workers for the Western Canadian Division.

Edward could fix anything and always spoke fondly of his own father’s talents in construction, woodworking and carpentry. Edward was proud of his blue collar roots and was authentic in the way he lived and loved.

Dad cherished family and was a dedicated son and husband. When his father died suddenly, he supported his mother and took her into his care. After he got married to the love of his life Rosalie in 1960, he embraced the warmth and hospitality of his extended family in Saskatchewan. For a city boy, he loved the farm. On his rare days off, he took great pleasure in taking his family boating, water-skiing, and fishing. He loved travelling with Mom and entertaining together. Dad was a devoted grandfather (Gigi). He often stated that he felt so blessed to have had the opportunity to see all of his grandchildren develop into mature, well-balanced teens, and was so proud of all of their achievements.

Dad was a dedicated parishioner at St. Ignatius Parish. He was a third degree Knight of the Knights of Columbus (Windsor Park Council) and enjoyed the camaraderie and fellowship with his fellow Knights. Following the passing of Mom, his heart was irretrievably broken but Dad managed to soldier on and live independently at home until his passing. He often said that he was able to maintain a meaningful life and independence because of his deep, spiritual convictions and the support of his loving family, friends and neighbors.

In 2006, Edward felt so honored to be inducted into the Manitoba Sports Hall of Fame for his team championship win with the 1952 Norwood/St. Boniface Legionaires. Edward was a proud season ticket holder with the Winnipeg Jets and Blue Bombers and we know he will be watching many more games and the 107th Grey Cup with Mom.

The family would like to extend their deepest gratitude to Dad’s home care workers during this past year, and to Dr. Badesha and the nursing staff at GD-5 HSC for their gentle care and support during Dad’s final days in hospital.

Dad – We will deeply miss the strength in your spirit, the kindness in your smile, and the wisdom in your words. We are comforted in knowing that you are now in God’s Kingdom with Mom.

Mass of Christian Burial will be celebrated at St. Ignatius Parish, 255 Stafford Street on Thursday, November 28, 2019 at 11:00 a.m. A luncheon will follow in the church hall with interment at Glen Lawn Memorial Gardens at 455 Lagimodiere Blvd.

In lieu of flowers, if friends so desire, donations may be made to the Heart and Stroke Foundation or charity of choice.