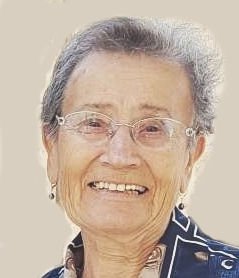 Peacefully, on her birthday, November 2, 2019, Diana, aged 84 years, passed away at Jocelyn House.

Diana was born in Lwow, Poland in 1935. With the outbreak of WWII in 1939, the family was deported to Siberia and endured starvation, forced labour and disease which resulted in the death of loved ones.

In 1941, due to an amnesty agreement, they were free to leave but being displaced from their home, they spent two hard years being shuffled from country to country until finally arriving in Mexico. The family lived three years in “Colonia Santa Rosa” a refugee camp, before being sponsored into Canada.

Diana met and married Stanley in Winnipeg in 1957 and together they shared their faith, love and time generously with their entire family. Mom will be remembered for her devotion to our Lord and to the family. Her adventurous spirit and her courage has been an inspiration to many.

Prayers will be at 9:30 a.m. followed by Mass of Christian Burial celebrated at 10:00 a.m. on Thursday November 7, 2019 at Holy Ghost Roman Catholic Church at 341 Selkirk Ave. Interment will follow at Holy Ghost Cemetery.

In lieu of flowers, donations may be made to CancerCare Manitoba or Jocelyn House.

Thank you to all who gave Mom their kind and compassionate care and to our family and friends for their love, prayers and support.