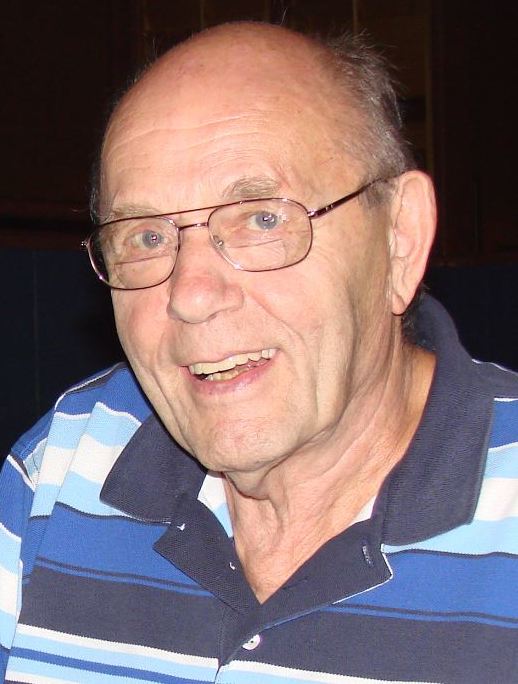 It is with deep regret that I have to tell my family, friends and creditors, in as much as Grandmother Moody had 18 siblings, most of whom settled in Manitoba, there must be hundreds of distant relatives out there somewhere, I will not be answering my phone anymore as I have passed away October 26, 2019 while residing at Thorvaldson Care Center in Winnipeg MB.

I was predeceased by my parents Harry & Vera Moody, my first wife Shirley Mary Moody and our son Gordon and my second wife Daphne Price.

I was born in August 9, 1926. I was home schooled at and attended high school in .  I was asked to be a guest of the King and in 1945, and the day I started training heard I was coming and surrendered that same day.  I attended the and graduated January 1961 as a Registered Industrial Accountant (RIA).

I started paying Income Tax in 1947, while employed as a summer student for Noranda Mining Company. In 1948 I started learning to be a printing press operator at Advocat Printers in . In 1952 I started employment with the CNR payroll department and in February 1959 moved to International Nickel Company (INCO) in , retiring in March 1986.

I wish to say a great “thank you” to my family, step-family, my great friends, Phyllis and Vince Sabatino, and my many other friends for their support and friendship in helping a senior citizen through his many stages in life.

In lieu of flowers, if you would like to make a donation to either the Heart and Stroke Foundation or the Arthritis Society. I know that it will be appreciated, thank you.

Sunset and evening star,
And one clear call for me!
And may there be no moaning of the bar,
When I put out to sea,

But such a tide as moving seems asleep,
Too full for sound and foam,
When that which drew from out the boundless deep
Turns again home.

Twilight and evening bell,
And after that the dark!
And may there be no sadness of farewell,
When I embark;

For though from out our bourne of Time and Place
The flood may bear me far,
I hope to see my Pilot face to face
When I have crossed the bar.

In accordance with Tom’s wishes, cremation has taken place.