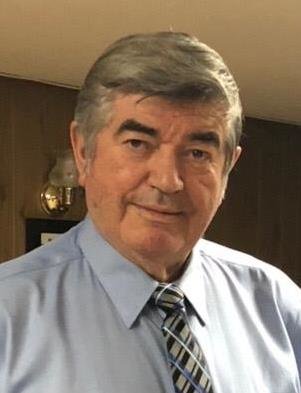 It is with great sadness and heavy hearts that we announce the sudden passing of our beloved husband, father, grandfather, brother, uncle and friend José Mariano Moreira on June 25, 2019 at the age of 73 at Saint Boniface Hospital.

José was predeceased by his first wife of 25 years, the mother of his children Lúcia, parents Mariano and Lauriana Moreira, In-laws José and Maria Oliveira and José and Angelina Correia and Brother in laws Tomaz Oliveira and Julio Correia.

José was born and raised in Ribeirinha, São Miguel Açores on May 7, 1946. He and Lúcia were married on July 25th 1971. They along with Ricardo immigrated to Canada in 1974. They were then blessed with their two daughters Sandra and Grace. José worked for Dixon Bayco as a Core Maker until his retirement in 2007. José was deeply devoted to his faith and was involved in many different festivities at the Immaculate Conception Parish, being a founding member of both Santissima Trindade as well as Senhor Santo Cristo dos Milagres.

After the difficult loss of Lúcia in 1997, José found happiness and love again when he met Maria Angelina. José and Maria were married on April 29, 2000.

José had a great love for music especially Philharmonic, he was a musician back home is São Miguel and was a member of the Banda Lira de Fátima in Winnipeg for many years where he served different positions on the board. José’s passion was soccer, he was an enthusiast fan of Sporting Clube de Portugal as well as the Portuguese National Team. He enjoyed spending time at the Portuguese clubs watching Sporting or the National team while playing a round of Dominos. During the Summer months he enjoyed working on his vegetable garden, and making his home made wine in the fall.

Whenever possible he would travel back to his home country to visit his family and friends who he held dear to his heart. Most Recently in 2017 he was able to fulfill his life long dream of visiting Sporting’s Stadium “Jose Alvalade” as well as revisit Fátima. José had a deep love for his family and cherished the time spent together, especially during the holidays and at the park every Sunday in the summer. He took extreme pride in his children and  grandchildren they were all his pride and joy. Dad was a loving and devoted husband and a caring compassionate father to his children and grandchildren. He will always be remembered for his beautiful smile, caring heart, loving embrace and unconditional love.

The Family extends their most heartfelt thanks to the health-care professionals and staff from Seven Oaks Cancer Care, Grace Hospital and Saint Boniface hospital for the great care and kindness they showed Dad. We also want to thank all our family and friends for all their visits, support and love given towards dad.

In lieu of Flowers, Jose’s Family would appreciate donations made to Cancer Care Manitoba or a charity of your choice in Jose’s memory.

Thanks Dad for all your love and everything you did for us.

You’ll be always in our hearts.