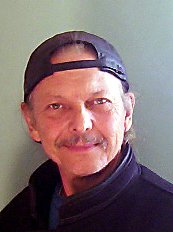 Peacefully on the morning of June 5, 2019, Bob Gray loving husband, father, pa and great-grandfather passed away at home with his wife by his side at the age of 69.

Bob is survived by his wife Kelly of 43 years, daughter Tricia (Michelle), sons Michael (Kayla) and Daniel (Ryan). Bob will be missed by his grandchildren and great-grandchildren Kate-lynn (Derek), Tyler, Breeanna, Oliver, Elliot, Theo, Joshua, and Arianna. Along with his many nieces and nephews.

He is survived by his brothers Lawrence (Gloria), Jerry (Lucy), Terry (Debbie), and sister Marlene (Rick).

Bob had a strong work ethic that began at a young age, working with his Dad in the construction industry. In 1984 he ventured out on his own and started Aaron Roofing, which he successfully ran for over 3 decades with Kelly, a venture he was very well known for in the Winnipeg construction community.

Bob was an avid collector of anything and everything and on any sunny weekend you could find him in the north end looking for a bargain at garage sales. There was nothing he wouldn’t collect, and he was even on Kijiji and eBay finding collectibles in his final months. To escape the Winnipeg winters, Bob and Kelly would spend their winters in Arizona enjoying the desert heat. His collecting didn’t get left in Winnipeg, and he was quick to search out swap meets and car shows in Arizona.