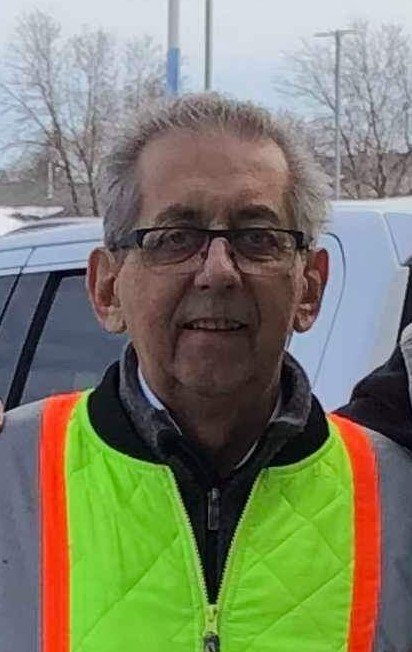 We are deeply saddened to announce the passing of our father, Brian Joseph Lezak. On May 30, 2019, at the age of 72, Brian passed away peacefully at his home with his family at his side. Brian was predeceased by his father Joseph in 1983, mother Louise (Dolly) in 2000, and sister Sharon in 2013. He leaves to mourn his loving partner Sherry Zillman, daughter Alana (Wallace) Morin of Inwood MB, son's Allan (Sherry), Andrew (Brynn) both of Winnipeg MB. Grandchildren Nathan Morin, Denise (Dusty) Lowe, Alexander Morin (Andrea Meisner), Victoria Lezak, Joseph Lezak. Great grandchildren Logan, Kingston, Lauren, and Vander as well as many close friends.

Brian was born in Winnipeg on January 30, 1947. Brian grew up in the north end and attended Tec Voc where he graduated as a draftsman. For a short time, he worked as a draftsman with the Manitoba Government, then as a car salesman at South Park Lincoln Mercury. In 1974 Brian accepted a position with the Manitoba Government as storekeeper for the Drug Center of Veterinary Medicine.

This started a lifelong career in the veterinary-pharmaceutical industry where he made long-lasting friendships. Brian was a dedicated employee who loved his work. He tried to retire a number of times, but his passion always drew him back into the workforce. Brian continued to work until his illness wouldn't allow it.

When Brian wasn't working he loved spending time at his Lester Beach cabin with friends, family, and his dog Freckles. Not one for the sun and sand, Brian rarely went down to the beach, but you could always find him sharpening his chainsaw, or splitting firewood back at the cabin. Brian enjoyed following NASCAR, and one of his fondest memories was attending a live race with his good friend Lindsey while visiting Arizona.

The family would like to thank the following for their constant and compassionate care during dad's illness: Dr. Lowden, Dr. Goldenberg, Dr. Fatoye, Caroline, Karis, and Marybeth at Cancer Care Manitoba, the home care team, and palliative care nurses, especially Nurse Tamara.

According to dad's wishes, cremation has taken place, and a private gathering will be held at a later date. In lieu of flowers, donations in his memory may be made to Cancer Care Manitoba or New Hope Community Church 214 Henderson Hwy Winnipeg MB R2L 1L9.

Obituary may also be viewed in the Winnipeg Free Press.

Forever in Our Hearts

We Will Miss you

Share Your Memory of
BRIAN JOSEPH
Upload Your Memory View All Memories
Be the first to upload a memory!
Share A Memory
Send Flowers