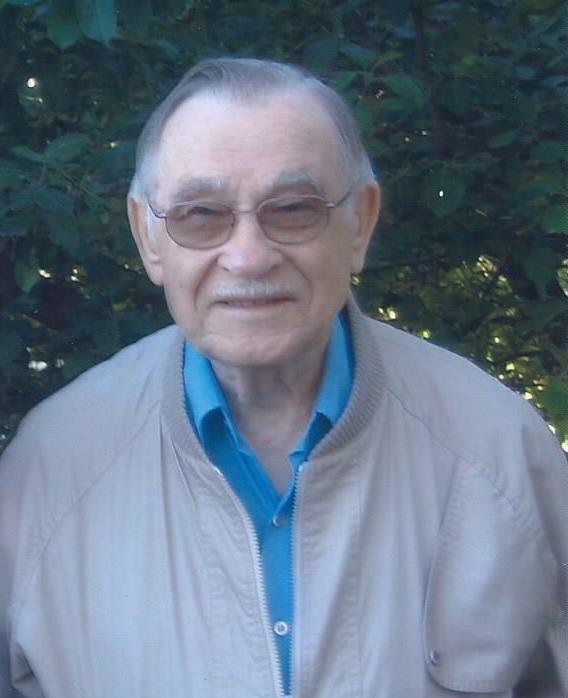 Suddenly on June 5th, Steve, at the age of 96, passed away at home.

Steve was born in Canora, Saskatchewan where he worked as a farm hand in his early years and eventually joined the family cabinetry business. He also enjoyed music and sometimes would play with his brother’s band. Music was what lead him to Winnipeg where he met his soul mate, Bernice, at a barn dance. They started their married life in Canora, Saskatchewan but moved back to Winnipeg. Settled in Transcona and worked in various carpentry jobs. Carpentry lead him to build a home in West St. Paul and eventually his dream home in Lockport. Steve retired as a Diesel Electrician from CP Rail. This started their travel time by boat, rail, air, bus, and car. After a short illness they decided to leave country living and move to condo life in Winnipeg. This low maintenance lifestyle allowed them more freedom to travel and visit family and friends.

He was predeceased by his wife, Verna Bernice on June 5, 2012, his parents Nellie and Josef, his brother Ed, and his sisters Gladys and Florence.

The family would like to thank his doctor, Dr. Balko and his home care workers Nathaniel and Romeo and various home care nurses for their entertaining stories and care.

In lieu of flowers donations may be made to The Humane Society of Winnipeg or Siloam Mission, two charities dear to Steve’s heart.

Share Your Memory of
STEVE
Upload Your Memory View All Memories
Be the first to upload a memory!
Share A Memory
Send Flowers