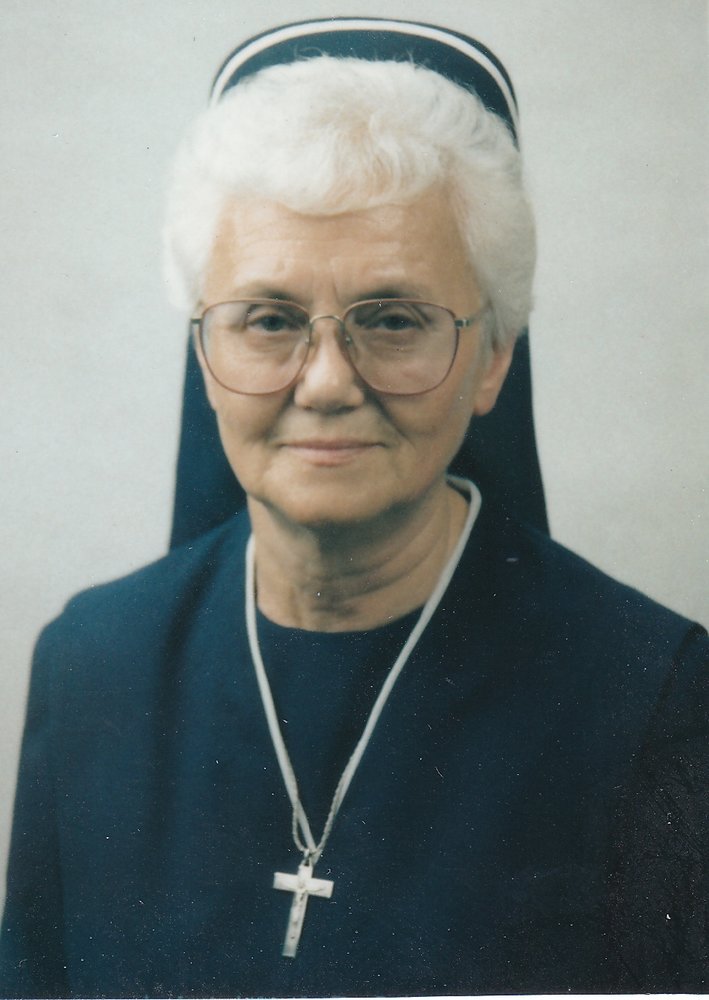 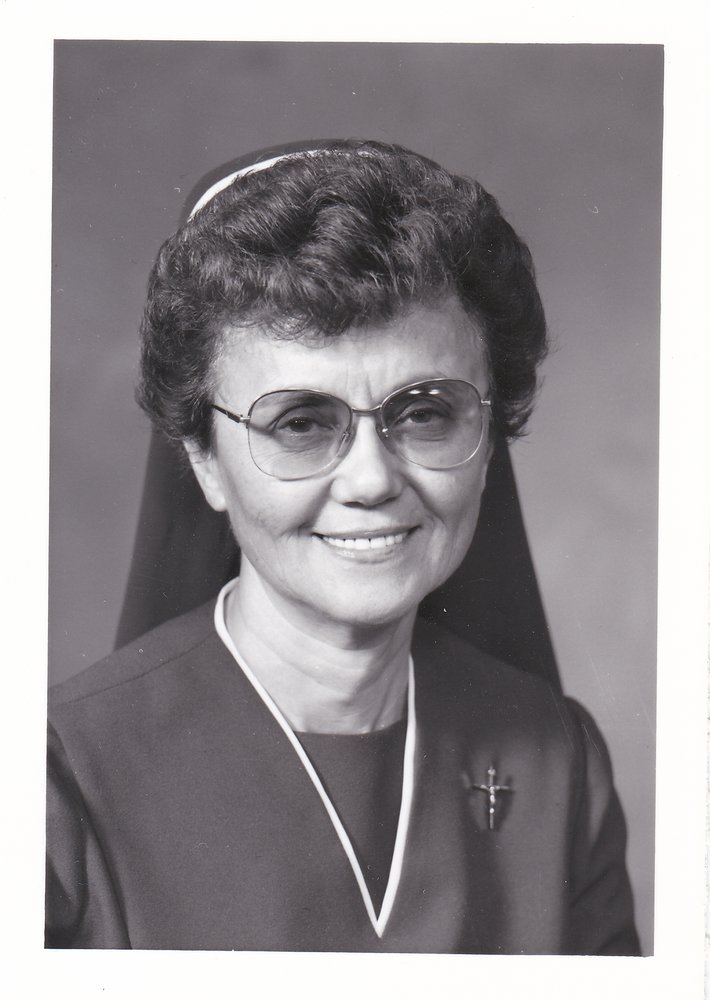 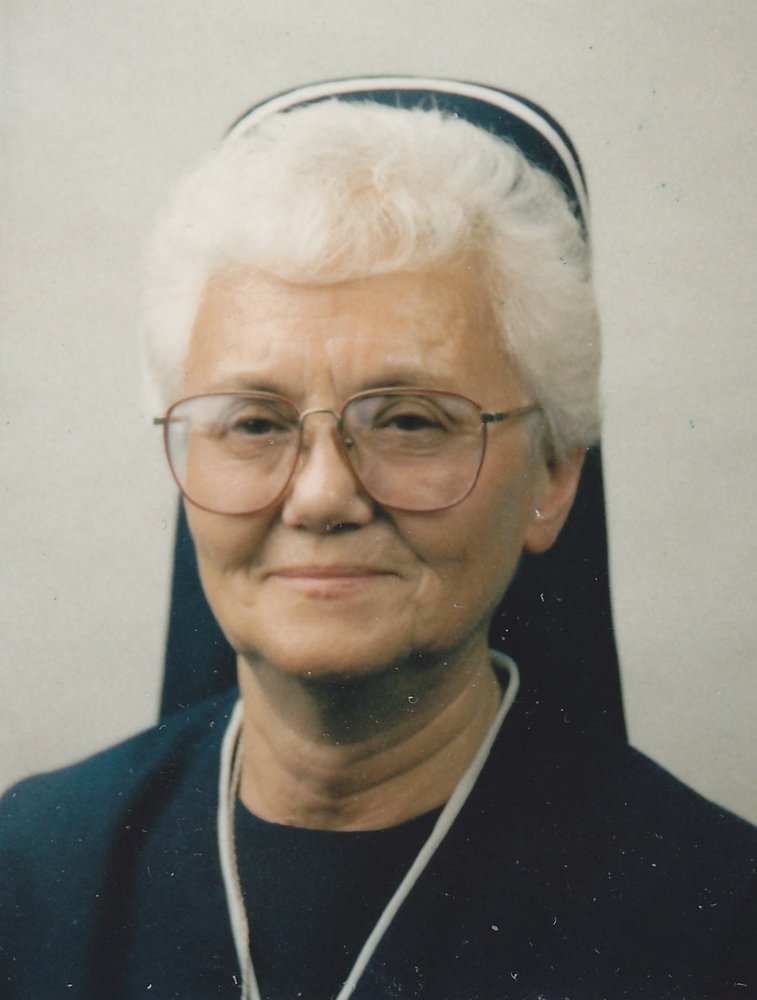 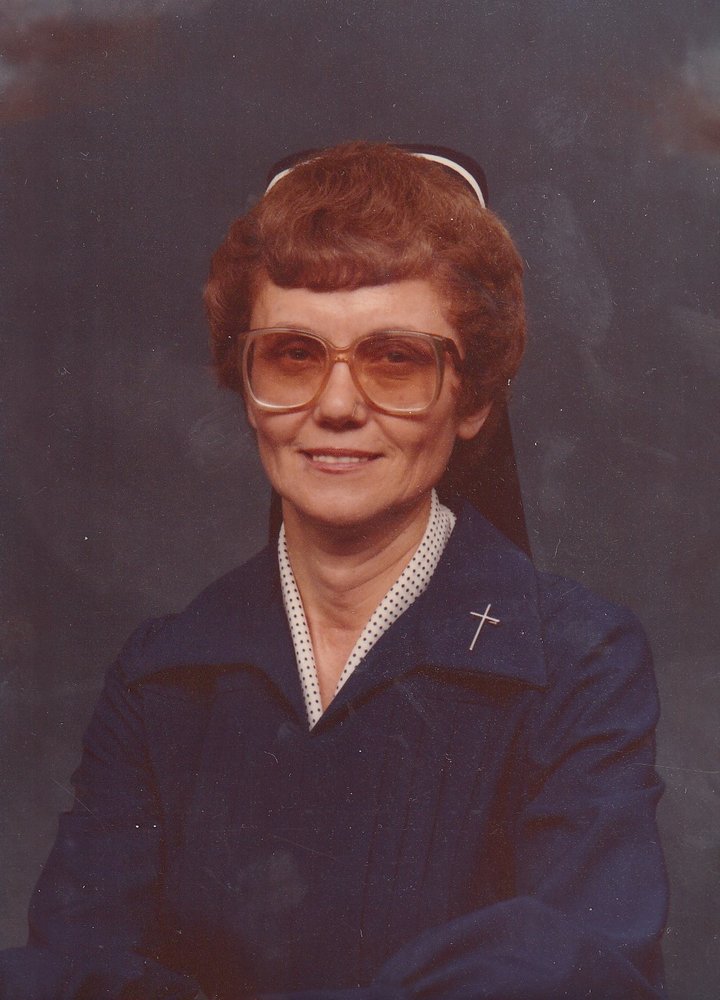 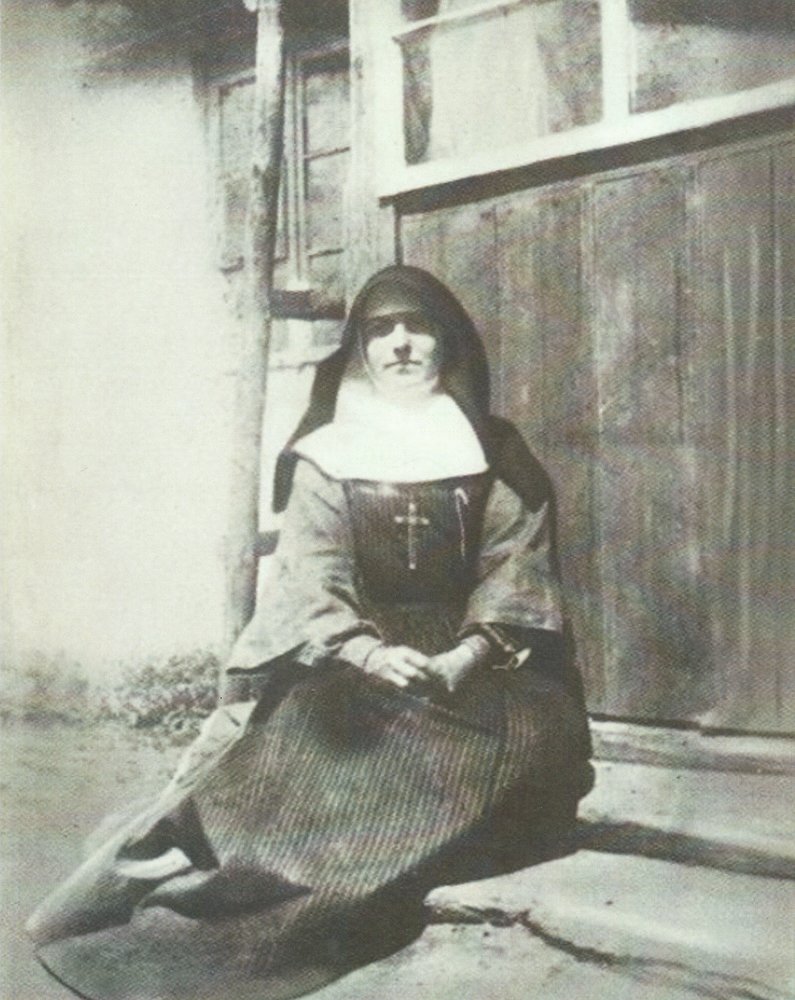 After a struggle with failing health, Sister Georgina passed peacefully at home on Monday, March 11, 2019 in the presence of her caregivers and Sisters. She was 90 years old, in her 75th year of religious life.
Victoria was born in Roblin MB on August 4, 1928, to John Yakimishyn and Emily (nee Borody).  For grade 10 she attended Sacred Heart Academy, Yorkton SK, where she experienced the call to religious life. Desiring to give her life to God, Victoria entered the Sisters Servants of Mary Immaculate. In May, 1944 Victoria started her novitiate in Mundare AB and Ancaster ON. Once professed, she took the name Georgina. She was the first of two vocations to the Sisters Servants in her family. Her older sister, Olga (Sister Ruth), entered the Congregation in 1955.

After her profession of vows, Sister Georgina taught elementary school in Shamokin PA, Detroit MI, Rochester NY, Montreal QC and Winnipeg MB. Later she taught high school at Sacred Heart Academy in Yorkton and Mount Mary Academy in Ancaster specializing in music, serving as the student’s Prefect and also as guidance counsellor.  She completed Teachers’ College in Toronto, B.Ed. at the University of Saskatchewan in Saskatoon, and studies at McMaster University in Hamilton, in 1971. Sister Georgina a gifted choir director at Sacred Heart, enhanced the school’s spectacular musicals.

Never idle, she taught summer catechism in parishes and participated in music workshops at the International Peace Gardens and New York.

After her retirement in 1985, she still held young people in her heart. In Winnipeg, she did campus ministry at the University of Manitoba, (Obnova). It was during these years that she and other Sisters involved in youth ministry organized Ukrainian Youth for Christ rallies in Ancaster, Winnipeg and Saskatoon.

While missioned in Winnipeg, Calgary, Mount Mary Retreat Centre in Ancaster and Lourdes, France, her love and skill for music did not diminish. Her service in parishes and retreat work revolved around Liturgical music ministry. In Calgary, she inaugurated the singing of Liturgical responses in English. She taught Catechism and Ukrainian. Sister Georgina was on the Sisters’ writing team for the children’s Sacramental preparation program “We are Children of Light.”  She composed several teaching songs for this program.

Sister Georgina inherited a deep love for the Mother of God from her own mother. In 1975, she was able to visit Lourdes, Fatima, Rome and the Holy Land. In 1988-89, she enjoyed a Sabbatical in the Holy Land,

As her health became frailer, she moved to Bethany Home in Winnipeg. Her once-strong, vibrant singing voice became a whisper. However, love for her community never slowed. As her energy allowed, she enjoyed mealtime camaraderie, visiting guests and the tender attention she received from her health care aides.