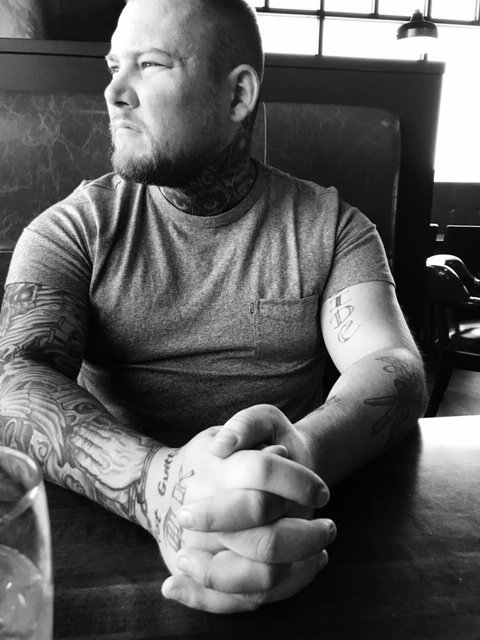 It is with very heavy hearts and profound sadness that we, the family of Daniel Richard Kilbrei, announce the unexpected passing of him on February 6, 2019 at the age of 31.

Daniel leaves to mourn, his parents Rick and Carol, his fiancé Shannon LaForte, his young daughter Echo, his sister Amanda Bashucky and her husband Brian and their children Carsyn and Daylen. Daniel will also be mourned by Shannon’s son, Riley Mercer, his cousins, aunts, uncles and many friends, especially those with whom he formed a bond of brotherhood.  Daniel was predeceased by his grandparents, Dan and Mary Halowaty, Ben and Ruth Kilbrei and his uncle, Glenn Halowaty.

Daniel lived in Beausejour until he was 5 when his family moved to Winnipeg. As a young teenager he played football with the North Winnipeg Nomads where he excelled in the positions of running back and safety. He made many lasting impressions with his school mates and neighbourhood friends.

In Daniel’s early 20’s he discovered a passion for body building and strived to learn as much as he could about the benefits of fitness, healthy eating and body building. He was a mentor and teacher to many on their fitness journeys including Shannon who he trained insistently.  Daniel’s dream was to one day become a personal trainer.

Daniel’s fitness and body building journey was abruptly interrupted when he was diagnosed with Chronic Kidney Disease in 2014. He struggled with the disease and the life he knew changed drastically for him. He and Shannon spent countless hours at appointments because of his disease. In 2017, Daniel received the most precious gift in the way of a kidney from his father Rick. Daniel knew the sacrifice his father made for him and he was forever grateful to him for that gift.

During Daniel’s struggle with CKD, he was blessed with his daughter Echo, who he was so totally in love with. He wanted to teach and show her everything including fitness and was especially proud when she did her dumbbell rows, push ups and squats. He and Shannon took Echo on many excursions to explore new places and he loved watching her facial expressions when she saw something new. Daniel wanted Echo to have the same warm and loving memories he had of his Baba and his Grandma and Grandpa, so he made sure to bring Echo to her Baba and Papa’s place often for afternoon visits and sleepovers.

Although Daniel’s physical health improved after his kidney transplant, his mental health started to decline for reasons which were multi-faceted. Despite Daniel’s mental health struggles, he was always willing to provide his ear and advice to those who themselves were struggling with their own mental health.

Daniel’s family cannot find the words to express their feelings for the efforts taken by the incredible medical team, lead by Dr. Kalra and Dr. Alexander, at the Selkirk Regional Health Centre in attempting to save Daniel’s life. This medical team’s efforts were long and arduous and will never be forgotten by Daniel’s family. The family would also like to thank Bonny Weber who provided her unwavering support and regular updates on Daniel’s condition.

A Go Fund Me Page has been set up for Echo’s future which can be found at: https://www.gofundme.com/memorial-fund-to-assist-echo-marie

Share Your Memory of
DANIEL RICHARD
Upload Your Memory View All Memories
Be the first to upload a memory!