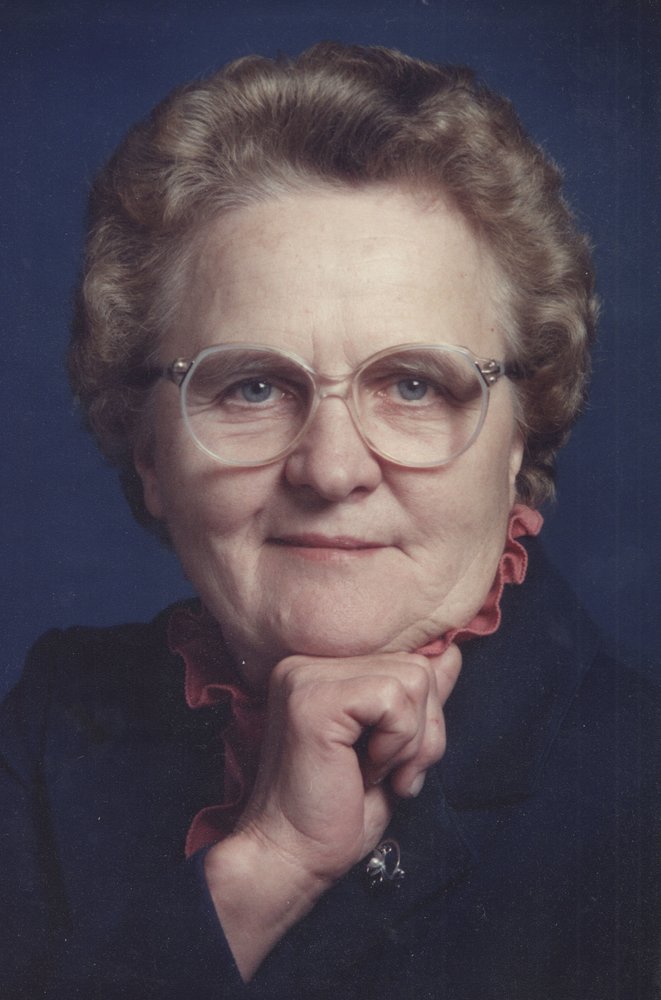 Effie Salamon (neé Pasieka) led a long and rich life until the age of 101. She passed away peacefully in the evening on January 5, 2019.

Effie was born in Arran, SK on July 31st, 1917. She attended Pasieka School (named after her family). She thoroughly enjoyed learning and achieved high grades.

She married her husband William Salamon in 1937 where they formed a formidable partnership. They moved to Manitoba and ultimately settled in Dugald in 1945. Together, Effie and Bill ran a very successful mixed farm with pride, passion and skill. Friends and family trekked to Dugald from Winnipeg and beyond for Effie’s cream, milk and homemade cottage cheese.

Effie was an active member of the Holy Trinity Ukrainian Orthodox Metropolitan Cathedral, a member of the Lesia Ukrainka Women’s Association, Springfield Agricultural Society, Dugald Women’s Institute and she curled in the Golden Gals league at the Springfield Curling Club.

Effie’s husband of 42 years, Bill, passed away suddenly and unexpectedly in 1979. What is truly remarkable is how committed Effie was to her way of life and she would remain on her farm for another 36 years until the age of 94. She kept cows, milking them herself, until the age of 77, raised chickens into her late 80’s and a garden until she moved from the farm. She was also known for baking, needlework, knitting and teaching her grandchildren to make pysanky and perohy. She was especially fond of her loyal dog and companion, Sable. Effie always kept her enormous farmstead in meticulous shape and there was no task that she wouldn’t tackle with enthusiasm and determination. Effie read the daily newspaper cover to cover and was well versed to debate virtually any topic in the news.

In 2013, she moved to River Park Gardens Senior Care Home as her eyesight began to fail.  She entertained and wowed the staff and fellow residents with tales from her extraordinary farm life. But, alas, they wouldn’t let her cut the lawn or chop down any trees.

Effie is survived by her son, Boris, of whom she was immensely proud and remained very close throughout her life. She also shared a special bond with her daughter-in-law, Elaine. She will be deeply missed by her grandchildren, Dennis (Jennifer) and Daria (Robert Krause), with whom she developed strong relationships as she and her farm remained a big part of Dennis and Daria’s life. She very much enjoyed the presence of her five great grandchildren Carter, Jayden and Ashlyn Salamon,  Oskar and Isla Blue Krause. She is also survived by sister-in-law Kay Pasieka and many nieces and nephews.

The family wishes to thank the staff of River Park Gardens for the wonderful care Effie received in her final years.

Donations can be made to the Holy Trinity Ukrainian Orthodox Metropolitan Cathedral at 1175 Main Street in Effie’s memory.

Funeral service to be held Wednesday, January 16 at 10:30 am at Cropo Funeral Chapel, 1442 Main Street, followed by interment at Glen Eden Memorial Gardens.

Share Your Memory of
EFFIE
Upload Your Memory View All Memories
Be the first to upload a memory!
Share A Memory
Send Flowers