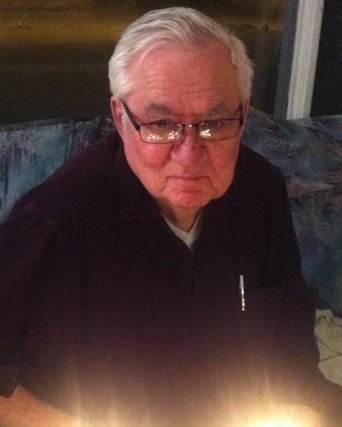 It is with great sadness that we announce the passing of Earl Effa, at the age of 74 years, on Monday, December 17, 2018, at the Misericordia Health Centre.

He was predeceased by his parents Julius and Olga and brothers Alfred, Mervin and Alvin.

Earl was born in Yorkton, SK on January 15, 1944, where he grew up on the family farm in Springside, SK. He left home at 16 to attend Briercrest College in Caronport, SK. From there he attended North American Baptist College in Edmonton, AB. He decided to join his brothers Mervin and Al in Phoenix, AZ, where he lived for 5 years. During this time he was an Airman in the U.S. Airforce. He returned to Canada where he met and married the love of his life, Joan in 1968, in Regina, SK. His work with Commercial Credit took them to Prince Albert, SK., where their daughter Wanda was born. After several moves back and forth between Regina, Winnipeg and Yorkton, they settled in Winnipeg, where Earl worked primarily in finance in the car industry.

Before enduring more than five hip replacements, Earl enjoyed playing golf, fishing and curling. A wonderful carpenter, he kept busy doing renovations on their home, building and fixing almost anything. He was very particular about his lawn and his car. He loved to drive and it’s a good thing as he was always driving, first his daughter, and then his grandsons. Earl was always singing and we missed hearing it after his first stroke affected his voice. His favourite thing to do though was spending time with his wife and family. His grandsons were his pride and joy and while he was able, he was front and centre for all their activities and later watched videos of all their accomplishments.

The family would like to thank Dr. Audu, the Palliative Care team, the nurses and health care aides at the Grace hospital and especially at Cornish 5 at the Misericordia. Your tireless care and compassion was so greatly appreciated.

In lieu of flowers, donations may be made to The Heart and Stroke Association.

“Grief is the price we pay for love.”

Share Your Memory of
EARL
Upload Your Memory View All Memories
Be the first to upload a memory!