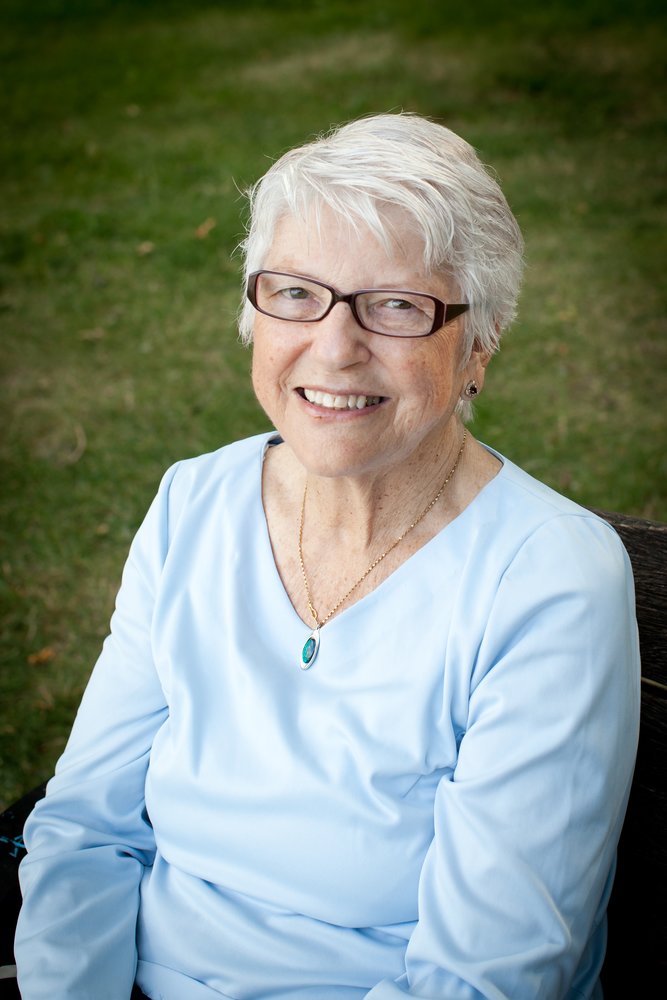 Dragica Saric, 82, passed away on April 10, 2018, after a long illness.  They don't make many people with Dragica's constitution anymore.  She was born on a farm in Blato, Croatia, to Ljuba and Martin Rodjanec.  Shortly after her birth, World War II broke out.  After the war, to escape communist oppression, Dragica left Croatia with her daughter Vesna in tow, to join her husband Božo in a German refugee camp.  They immigrated together to Winnipeg, where she worked in a factory, before managing Bozo's electrical business.  She enjoyed travelling, sewing, gardening and baking.  But most of all she loved her family.  She often said she never thought she would live to see great-grandchildren.  Well she did.  Seven times.

She will be deeply missed.  Preceded in death by her husband Božo, her parents and brothers.  She is survived by her daughter Vesna and son-in-law Ivan Rasic, grandchildren Nivez and Daniel and their spouses Robert and Ewa, and her seven great-grandchildren, Sofia, Maya, Luka, Nina, Mira, Emma and Bianca.

Recitation of the Rosary and Prayers will be said on Sunday, April 15 at 6:00 p.m. at Cropo Funeral Chapel, 1442 Main Street.  Mass of Christian Burial will be celebrated on Monday, April 16 at 11:00 a.m. at St. Nicholas Tavelich Croatian Church, 2688 Main Street with Father Marko Stefanec officiating. Interment to follow at Glen Eden Cemetery at 4477 Main St, West Saint Paul.

Donations in Dragica’s memory can be made to the Seven Oaks General Hospital Foundation directed to Kidney Health. (http://sogh.ca/foundation/)

Share Your Memory of
DRAGICA
Upload Your Memory View All Memories
Be the first to upload a memory!
Share A Memory
Send Flowers
Plant a Tree