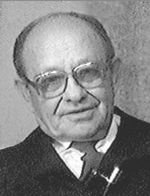 KAZIMIERZ (KASMIR) SMOLINSKI It is with great sadness we announce that on March 31/08 at St Joseph's Residence, Mr. Kazimierz (Kasmir) Smolinski passed away peacefully at age 89. He was a caring and loved brother and uncle to many, Kazimierz was a decorated war hero and humanitarian. Kazimierz was born in Lisowce, Poland on September 23, 1918. He was predeceased by his parents, a brother, and a sister and is survived by his brother Tadeusz and numerous nephews and nieces in Poland, sister Helen Rydzygowski, and nephew Janusz (John) Rydzygowski (John's wife Bogusia, and their children Joseph, Michael, Diana, and Alexandra) of Winnipeg. Kazimierz had volunteered into the Polish army just before WWII, he had fought in many battles in many countries earning numerous medals including &quot;Virtuti Militari,&quot; Poland's highest medal, for saving the life of a fellow soldier. Following WWII, he immigrated to Winnipeg where he helped many of his fellow soldiers and friends. Kazimierz was either a charter (founding) member of many organizations or was instrumental in getting many started (including SPK {Polish Combatants Association in Winnipeg}, Holy Spirit Credit Union, et al). He was also involved with Sokol Choir, Foster Parents Plan, Meals on Wheels, and Big Brothers (receiving Big Brother of the year several times.) Kazimierz gave a lot of his time and money to numerous charitable &amp; humanitarian organizations. Always working on improving himself, Kazimierz earned his Stationary Engineer's diploma while working on another job. Having this, he moved to working for the University of Manitoba, where he worked until his retirement in 1983. He will be remembered as a loving and caring brother and uncle. Kazimierz was truly devoted to his family and was always helping his brothers, sisters, nephews and nieces with time and money. After retiring he gave even more of himself to family, friends, and charities. Prayers will be held on Friday, April 4 at 8 pm at Cropo Funeral Chapel, 1442 Main St. Mass of Christian Burial will be celebrated on Saturday, April 5 at 9:30 am at Holy Ghost Roman Catholic Church, 341 Selkirk Ave. with Fr. Maciej Pajak, OMI officiating. Interment will follow in Holy Ghost Cemetery. Kazimierz will be missed not only by his loving family but by all that he touched. Ku pamieci We thank the staff of St. Joseph Residence for all their care &amp; support. In lieu of flowers, donations in Kasimierz's memory may be made to Holy Ghost Church.
Share Your Memory of
Kazimierz
Upload Your Memory View All Memories
Be the first to upload a memory!