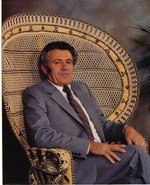 Boï¿½o Saric November 25, 1930-July 9, 2008 On July 9, 2008, Boï¿½o Saric passed away at the age of 77. He will be deeply missed by his wife Dragica, daughter Vesna and son-in-law Ivica, his granddaughter Nivez and her husband Robert (and a great-grandchild on the way), his grandson Daniel and his wife Ewa, his extended family and friends. The story of his life is one where years of early hardship were overcome by a determination to change the course of his life, which led to years of love and happiness. Boï¿½o was born in Zadar, Croatia on November 25, 1930 to Luka and Andelija. His mother died shortly after his birth and he was raised by his father and various siblings on a farm in the village of Policnik. He was temporarily orphaned as a young teenager during WWII when his father was jailed as a POW. At the age of 17 he left home to work in the shipyards in Rijeka. This is where he started to learn his electrical trade. This trade led him to Zagreb where he worked and met the love of his life Dragica. They married and had their daughter Vesna in 1954. The political and social climate in Croatia at the time led Boï¿½o to make a monumental decision that would forever change the course of his life. He escaped the country of his birth in pursuit of a better life for the family he now had. He traveled to Germany for seven days and seven nights through mountains and forest, careful to not be caught as this would result in imprisonment. His family joined him in Germany after he acquired the necessary papers and they moved together to Winnipeg in 1959. Many happy years followed. Boï¿½o started a successful electrical business called Rainbow Electric. He worked passionately as an electrician and as a family man who put in tremendous amounts of energy to do whatever he could for &quot;his kids&quot; (this encompassed his daughter, grandchildren and their spouses). He showed the people around him what it meant to love unconditionally, never expecting anything in return. Boï¿½o will be remembered as a lively and fun-loving man who deeply loved his family. While looking through an old picture box of his life, his family noted that in every picture he was happy and he was always smiling. Let's smile back... Prayers will be held on Sunday, July 13, 2008 at 5:30 pm, at Cropo Funeral Chapel 1442 Main St.. Mass of Christian Burial will be held on Monday, July 14 at 10:00 am at St. Nicholas Tavelich Church, 2688 Main St.. Rev. Robert Polz presiding, Msgr. Rev. Norman J. Chartrand, homolist. Interment to follow at Glen Eden Cemetery. Donations may be made in Boï¿½o's memory to The Children's Hospital Foundation of Manitoba (Research),CE501-840 Sherbrook St., Winnipeg, MB R3A 1S1. Pocivaj u miru Boï¿½jem
Share Your Memory of
BoÃ…Â¾o
Upload Your Memory View All Memories
Be the first to upload a memory!