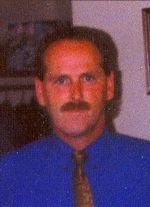 BARRY MICHAEL PRESLEY Peacefully on April 19, 2008, Barry Presley passed away at his residence. Barry was born on February 2, 1950 in Winnipeg, Manitoba and was raised in the North End where he attended school and was a member of various sports teams. Sports were Barry's passion and although he favored hockey he excelled at anything he tried. Throughout his life he received numerous accolades for hockey, football, soccer, baseball, and track and field. Barry was not only known for his excellence on the field or in the rink but for his teamwork, leadership, and great spirit. For over 20 years he gave back to his community by passing on his knowledge and passion to the youth of the North End. Barry lived his life simply, but to the fullest. He loved to spend time with his friends and family, especially his grandson Scott and granddaughter Kara. Barry will be remembered for his patience, kindness and willingness to help anyone who needed him. The special way he showed he cared, his smile, and his laugh will resonate through everyone he has touched. He was predeceased by his grandmother, Mary Brady, Uncle Pte. Jim Brady and step-father, William Sinclair. He is survived by his mother Eileen Sinclair, daughters, Jennifer Presley (Fred Kingsley) and Jackie Presley (Luke McKay), brother, James Presley, nieces, Ashleigh Presley and Meagan Presley, special friend Marcella Sansregret, grandson Scott Presley and granddaughter Kara Kinglsey. Barry will also be sadly missed my many aunts, uncles, cousins and close friends. Funeral services will be held on April 23, 2008 at 2:00 pm at Cropo Funeral Chapel, 1442 Main Street. If friends so desire, donations may be made to the Manitoba Amateur Hockey Association, Room 217, 200 Main Street, Winnipeg, Manitoba. An online book of condolences may be signed at www.cropo.com

Share Your Memory of
Barry
Upload Your Memory View All Memories
Be the first to upload a memory!
Share A Memory
Send Flowers