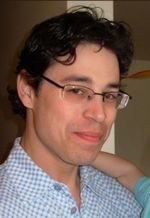 GEORGE ADAM HENRY PENNER It is with extreme sorrow and pain that we announce the death of our beloved son and brother George Adam Henry Penner on March 25, 2008. Adam was born April 17, 1979. It was with great joy that Adam became our first son and oldest grandchild. It was a special gift that he shared his birthday with his grandfather Henry Loeppky. Adam is deeply loved by his daughter Isabel and her mother Amber, father George (Jodi) and mother Sam Penner, his brother Aaron (Kelsey), his sisters Kyleigh and Breanne (Rob), friends Connor and Gus. He also leaves his memory to Grandma Loeppky, Grandma Penner, aunts, uncles, cousins and lots of friends. Adam was an out-going person who loved interacting with people and was able to make them very comfortable and at ease with his smile and interest. Growing up he loved sports and would often play street hockey as long as Mom would let him stay outside. He loved going to the Wiebe's cabin and spending time at Grandma and Grandpa's farm. Grandpa always got a bonfire going and the kids would spend hours watching and enjoying the fire. When Grandpa Loeppky died, a part of Adam's heart died with him and he never fully recovered. We were very proud of Adam when he graduated from High School. He held various jobs and at one of these he met Amber Richard who became the most important person in his life. In 2006 Amber and Adam welcomed their daughter Isabel Aaron into their lives and she brought a light into his life that had not been there for a very long time. She was extremely attached to her Daddy and she lit up and screamed for him whenever she saw him. Adam had a very soft heart, and in many ways felt things so deeply he was unable to process the pain. In the end the pain, for a time, won. But not for long. He never left God's arms and is now with Him in heaven and probably enjoying a bonfire with his Grandpa and T.J. Adam had a positive impact on everyone he met and the world was not ready for him to leave so soon. We will miss Adam dreadfully but we look forward to the day when we will see him again. A Service of Remembrance will be held on Saturday, March 29, 2008 at 11:00 a.m. at The Bridge Church, 620 Oxbow Bend, Wpg., MB In lieu of flowers donations to the Isabel Penner Education Fund will be gratefully accepted.

Share Your Memory of
George
Upload Your Memory View All Memories
Be the first to upload a memory!
Share A Memory
Send Flowers