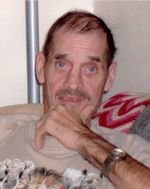 DAVID EDWARD NORTH Peacefully on March 31, 2008, David passed away at Seven Oaks Hospital at the age of 63. David is survived by his wife of 18 years, Sadie; son Doug; daughter Gayle (Phil); 2 grandchildren; brother Clifford; nieces Melissa and Daphne. He was predeceased by his brother Gordie who passed away September 4, 2007. A Funeral Service will be held on Monday, April 7 at 2:00 p.m. at Cropo Funeral Chapel, 1442 Main Street.
Share Your Memory of
David
Upload Your Memory View All Memories
Be the first to upload a memory!