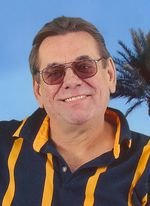 MURRAY N. MANULAK (1952-2008) It is with sadness that we announce the unexpected death of Murray Manulak, on May 25, 2008 at the age of 55 years. Murray leaves behind his loving mother Rose Manulak; his brother Larry (Sharon) with daughter Brianna Manulak of Winnipeg; his sister Gail (John) with children Madison and Katlind Leitch of London, Ontario. He was predeceased by his father Frank and his brother Reggie; his grandparents Tina and Bill Manulak; and Mary and Steve Chwaluk. He will be sadly missed by his favourite cousins in Oakburn, MB where he used to love spending time with them at the hunting shack enjoying family gatherings. Murray worked most of his career for Winnipeg Hydro. Murray's passion was his love for travelling to different countries as he thrived on meeting new people from all over the world. Murray leaves behind several close friends especially from the Sporting Club where he would stop in everyday for good food and company. A Funeral Service will be held on Friday, June 6, 2008 at 11:00 a.m. at Cropo Funeral Chapel, 1442 Main Street. An online book of condolences may be signed at www.cropo.com. In lieu of flowers donations may be sent to the Heart and Stroke Foundation of Manitoba.

Share Your Memory of
Murray
Upload Your Memory View All Memories
Be the first to upload a memory!
Share A Memory
Send Flowers